PKK/PYD occupies about a quarter of Syrian territory 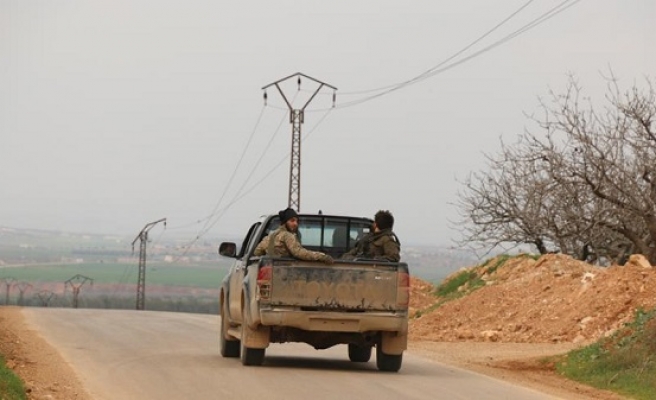 Syria’s Bashar al-Assad regime has reportedly offered autonomy to PKK/PYD terrorist group in return for withdrawal from areas under its control, but the organization has demanded a federation status instead.

According to information obtained by Anadolu Agency reporters from confidential sources, the Assad regime held talks with PKK/PYD on Sunday in the regime-controlled Qamishli district of Hasakah province in northeastern Syria.

Ali Mamlouk, the head of the country's National Security Bureau, represented the Assad regime in the talks.

According to the sources, Mamlouk assured PKK/PYD that the Syrian regime would recognize the terror organization's authority in the region on condition it withdraws from the lands it captured during the Syrian civil war.

The PKK/PYD, however, rejected the offer and demanded the country's constitutional system be restructured, the sources said.

Though the two sides failed to reach a deal, they agreed to hold further meetings in the future.

There was no comment from either the Syrian regime or PKK/PYD on the claim.

The reported meeting came as the PKK/PYD rapidly advances with the U.S. support, gaining more lands.

Russia had reportedly mediated between the Syrian regime and PKK/PYD at a lower level.

Local sources claimed that the terrorist group was seeking to establish permanent lines for land separation with the regime.

Earlier this month, the PKK/PYD seized control of Raqqah, the de facto capital of Daesh, from the terrorist group in a U.S.-backed military operation.

As part of its effort to maintain control of lands under its control, PKK/PYD is believed to be preparing for holding a so-called "Federal Election of Constituent Assembly" on November 3.

According to the Anadolu Agency map measurements, the terrorist organization occupies about a quarter of Syrian territory, most of which is populated by Arabs and Turkmens.