Syrian authorities are questioning more than 300 men deemed of fighting age who fled the Homs. 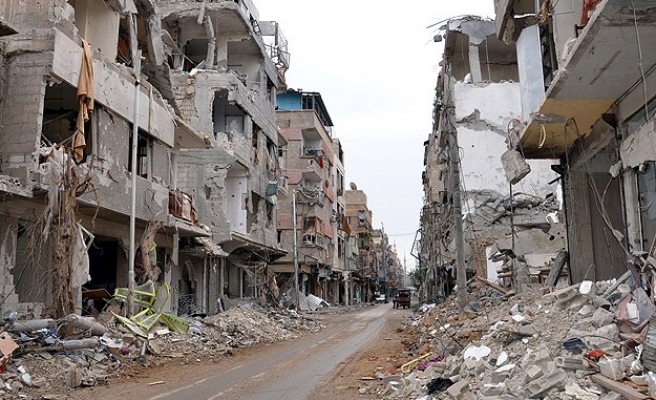 Syrian authorities are holding and questioning more than 300 men deemed of fighting age who fled the besieged rebel-held Old City of Homs during an agreed ceasefire, the U.N. refugee agency said on Tuesday.

A U.N.-brokered 'humanitarian pause' has been extended until Wednesday to get aid into the area and help civilians leave the old quarter of Homs, which has been surrounded by Bashar al-Assad's forces for more than a year and a half.

The United Nations says 1,132 people, many of them looking exhausted and sickly, have been evacuated in the past four days under a deal that originally stipulated that only women, children and men over 55 years of age would get safe passage.

But on Sunday, the governor of Homs said anyone could leave, though men aged between 15 and 55 would be questioned and put through a "judicial process", which could include an amnesty.

Melissa Fleming, spokeswoman for the U.N. High Commissioner for Refugees (UNHCR), said Syrian authorities were questioning 336 men in Homs province, of whom 41 had been released and were heading to an area where most civilians had been evacuated.

"The UNHCR is monitoring them. They are all in a school. It is an abandoned school used as a collective shelter," she said.

"We are monitoring the situation. We are definitely taking account of the number there and who is there," she said. "We are taking information on who they are and where they intend to go so we can follow up with aid packages."

Opposition activists have expressed concern that some Homs evacuees, particularly men, could encounter dangers such as those faced by residents who fled the besieged rebel-held town of Mouadamiya, near the capital, Damascus, in October. Dozens of men were detained, many of whom have still not been released.

Many live in desperate conditions, with hunger an increasing problem.

The Old Homs ceasefire has been the first tangible result of the "Geneva 2" peace talks, in their second round this week.

The United Nations estimates that 2,500 civilians are inside Old Homs - a fraction of the more than a quarter million Syrians it says live under siege.