On Feb 22, 2014, a UN Security Council resolution called for an end to attack on civilians; however, Syrian regime continues to use barrel bombs on them 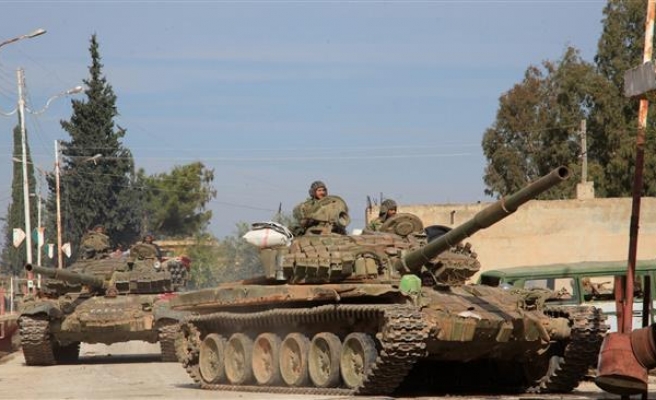 Almost 20,000 barrel bombs have been dropped on opposition-held areas in Syria, while 8,136 civilians have been killed by the Syrian regime since the UN Security Council passed a resolution two years ago calling for an end to attacks on civilians.

According to a report by the Syrian Network for Human Rights, the UN Security Council Resolution 2139 issued on Feb. 22, 2014 called for "lifting the sieges, to cease all attacks against civilians and to halt employment of weapons in populated areas, including shelling and aerial bombardment, such as the use of barrel bombs".

However, since the adoption of the resolution, the Syrian regime dropped 19,947 barrel bombs on areas under the control of opposition forces, the nongovernmental organization said.

It added that the Syrian regime continued to use barrel bombs despite the UN resolution, which killed 8,136 civilians, including 2,274 children and 2,036 women.

"The Syrian regime denies committing all murders, detentions and tortures as well as the barrel bombs," the report noted, adding that: "[However,] the regime bans the entrance of international commission of inquiry, international human rights organizations and independent media organizations to the country."