3.5 million Turkmen are unable to get through to Turkey and are in need of humanitarian help, said the leader of the Syrian Democratic Turkmen Movement. 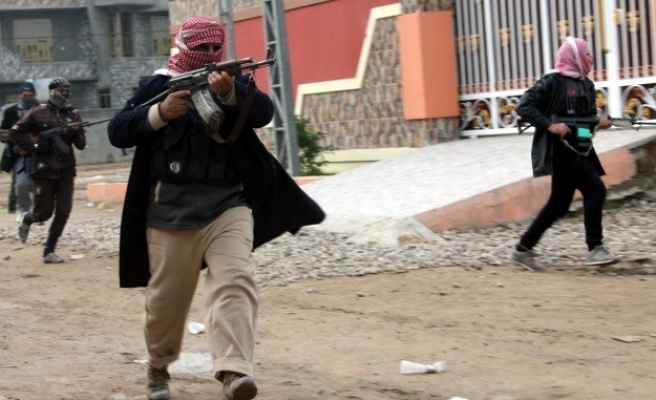 Up to 800,000 Turkmen living between the Syrian city of Aleppo and the Turkish border are vulnerable to attack from Islamic State of Iraq and the Levant (ISIL) fighters, said a prominent Syrian Turkmen leader speaking to the Anadolu Agency (AA) on Friday.

Tarik Sulo Cevizci, deputy president of the Syrian Democratic Turkmen Movement, said that because the ISIL is occupying some regions along the Turkey-Syria border, access for humanitarian aid for Turkmens from Turkey is restricted.

Cevizci said the ISIL have to date invaded five Turkmen towns and more than 240 villages, where ISIL members are said to be terrorizing the civilians.

"ISIL threatens Turkmen families with death if their children do not yield to their demands," said the Turkmen leader. "If people resist, the militants kill them in front of the entire village," he said.

This account of the critical situation is reaffirmed by one of the founders of the Syrian Turkmen Military Front, Ali Bashir, who told AA that around 3.5 million Turkmen are not able to go to Turkey and are in need of humanitarian help.

Ali Bashir said that ISIL may slaughter the Turkmen if their towns are besieged by the fighters.

Bashir says ISIL is launching operations against the Free Syrian Army and Al-Nusra front to seize control of the oil-rich east and northern regions along the Syria-Turkish border.

ISIL is an armed group, active in the eastern and northern regions of Syria and fighting against both the Free Syrian Army and the Syria regime forces in a bid to establish their own sovereign state.