Much of Kobani was destroyed between Kurdish and ISIL fighters. 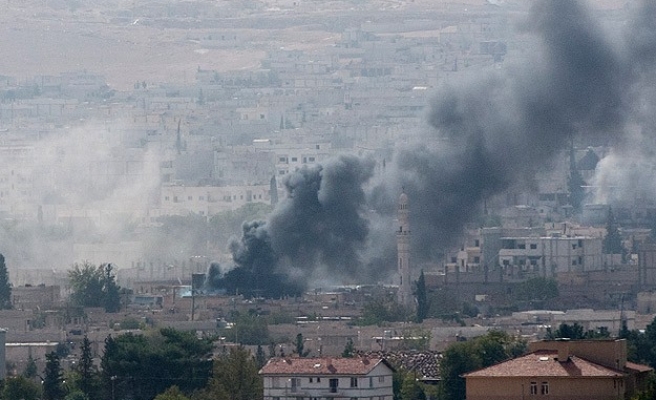 Around 4,000 refugees have trickled back to the Syrian Kurdish town of Kobani but many are wary of returning to the site of a four-month battle between Kurdish and ISIL forces, officials said on Monday.

Much of the town of over 200,000 was destroyed by the fighting, in which the Kurds held off fighters trying to overrun the border area, and potential returnees are worried by the many unexploded bombs and mortars there, they said.

"Turkey keeps track of exits as well as entries. And the latest figure shows around 4,000 people have gone back to Kobani," a spokesman for Turkey's disaster management agency AFAD told Reuters.

Kobani official Idris Nasan said 15 people had died and many have been injured in accidents involving live explosives since the siege of the city was lifted last month.

"It's not safe for them. But they were looking forward to coming back," he said, calling on the international community to help clear Kobani of explosives.

Almost the entire population of the town fled across the border to Turkey last year to escape Islamic State's advance.

Kurdish forces assisted by Iraqi peshmerga forces and almost daily air strikes by the U.S.-led coalition drove out the ultra radical Sunni insurgents in late January and took back the town, which is now in ruins.

The Britain-based Syrian Observatory for Human Rights said last week that Kurdish forces have regained control of at least 163 villages around Kobani. But their progress had been slowed by renewed clashes to the west and southwest of the town.

Some experts said the retaking of Kobani and the advance of Kurdish forces made possible Turkey's weekend incursion into Syria to relocate a historical tomb, which has been surrounded by Islamic State militants, and evacuate the soldiers guarding it.

Turkey, home to around two million Syrians fleeing the civil war, set up its biggest refugee camp in January to house refugees from Kobani.

The camp, located in the southeastern border town of Suruc, has a capacity of 35,000 people but currently it is home to around 8,000 to 9,000 people, AFAD spokesman said.