Syrians stucked in airports around the world waiting for a hope

Turned away at borders and denied visas, refugees fleeing Syria's war have found themselves stuck in locations across the globe 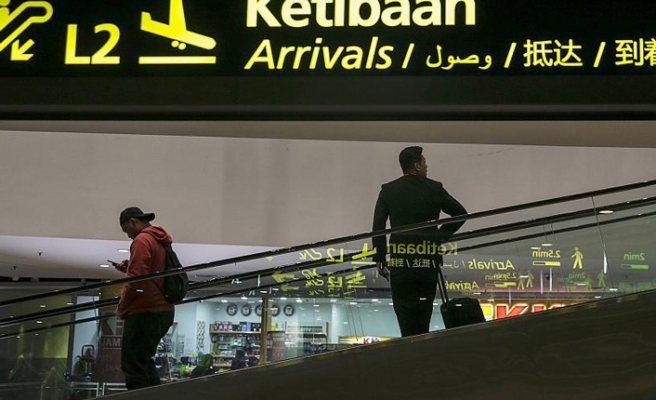 As a child, Hassan al-Kontar studied the atlas his father gave him, memorizing the names of countries and their capitals. As an adult, cut adrift from his homeland by Syria’s long civil war, he realized most of those countries were closed to him.

But he needed to find somewhere because returning to Syria was not an option; it would mean prison for refusing a call-up to the Syrian army to fight in a war he abhorred.

In his search for security, Kontar instead found himself held in an Emirati detention center, turned away by immigration officers and, most recently, stranded in a Malaysian airport for almost three months.

He is not the only one; since the war began, Syrians have spent weeks and months living in airports as far apart as Turkey, Russia, and South Korea, stranded by visa policies and Trump’s Muslim ban.

The whims of airport officials, combined with documentation problems and government policymaking on immigration, have helped contribute to an atmosphere where Syrians feel trapped and forced to choose dangerous journeys on choppy waters that are often more expensive than traveling by air.

“I opened the new atlas, which is the internet,” Kontar told Middle East Eye. He was looking for a new destination and realized how little choice he had as a Syrian.

“All the options you have are countries you’ve barely heard about or some you’ve never heard about.”

He settled on Ecuador, a country he was familiar with because of South America’s long relationship with Arab migrants and, crucially, one which does not require a visa from Syrians.

The journey would have been the latest leg of a tumultuous journey that began with the war.

Sleeping under a stairway

Kontar had been a successful professional working in the United Arab Emirates. But when the war broke out in 2011, the Syrian embassy refused to renew his passport and he was thrown into a detention center.

Malaysia’s visa exemption for Syrian tourists offered a temporary way out, but after three months, he had to move on from there as well - he could not get a longer visa and Malaysia does not accommodate refugees.

Months later, he is still there, living in Kuala Lumpur airport’s transit zone because his journey to Ecuador was scuppered by the airline turning him away from his flight. His backup plan, Cambodia, also failed when he was deported. Then Malaysia refused to let him back in.

Kontar was not the first Syrian stuck in an airport. Fadi Mansour spent a year in Istanbul after he was designated a problematic passenger, Hasan Yasien spent nine months living in a tent in a Moscow airport, and several other Syrians have been stranded in Kuala Lumpur before.

And even as Kontar sleeps under a stairway in the transit zone, the Qotrash family have been held by Malaysian immigration authorities.

“The situation’s so bad, we’re tired of being detained,” Khaled Qotrash wrote to MEE, during one of the occasional 10-minute periods when Malaysian authorities allow him to use his phone.

His elderly father suffers from heart problems but has not been able to see a doctor and he said rights groups and journalists who tried to visit the family have been turned away.

“We do not have residency in any other country and are not allowed to leave unless we get a visa or are deported to Syria," he said.

They fear to return to their Damascus suburb because of the Syrian army’s operations there but, unable to process any paperwork, have been left in a limbo.

No legal routes to safety

After Kontar singled out Ecuador, he then plotted a path that avoided places with restrictive immigration policies, worried he wouldn't be allowed to board flights with a visa.

His planned journey would first take him through Turkey and Colombia, avoiding Europe. He even confirmed with the Turkish embassy that he would be allowed to transit through Istanbul without a visa. He has still turned away.

“I avoided all European, all Australian, all USA, all Canadian airports because I did not want to be suspicious because as a Syrian they will suspect us… of [trying to] seek asylum there,” he said.

Kontar was aware that all of those places have sanctions that penalize airlines who carry passengers without the correct documentation, closing off any opportunity for refugees to travel by air.

That system is flawed and one-sided, said Violeta Moreno-Lax, founding director of the Immigration Law programme at Queen Mary University in London.

“Airlines are normally only punished for the carrying of irregular passengers, but they aren't if they deny boarding by an excess of zeal," she said.

Though the sanctions are nominally designed to prevent undocumented migration, not to act as a block against asylum seekers, airlines are only asked to check for documents but not ascertain the legitimacy of asylum applications.

Fines are routinely imposed on airlines for carrying refugees and only canceled if their asylum claims are accepted, Moreno-Lax said.

"Through the combination of visa requirements and carrier sanctions, refugees cannot rely on normal air travel and ferry connections,” she said.

“Instead, they have to resort to irregular channels which usually rely on smuggling services or trafficking mafias, putting their lives in danger.”

More than one million Syrians arrived in Europe by the sea in 2015, the same year when 3,770 died crossing the Mediterranean. Many of them would have paid traffickers far more than they would have through safer, legal routes but they had no other options.

A report by the EU’s Agency for Fundamental Rights said that very few Syrians were provided with visas to allow them to visit Europe’s Schengen area in 2013, compared with more than 30,000 before the war.

Passports have long helped governments to control people’s movements, said John Torpey, author of The Invention of the Passport: Surveillance, Citizenship, and the State.

But while they once tried to stop citizens leaving, governments are now more concerned about stopping people from entering their countries, especially in the post 9/11 era.

For those who are looked on unfavorably, if they do manage to reach a safe destination, their passports “become a liability”, said Torpey.

“Sometimes people will get rid of their passports because having them will disqualify them from one opportunity or another,” he said.

While Europe is a closer refuge for Syrians, for those with family connections the United States had also been an option until Donald Trump began banning visitors from mostly Muslim countries.

Though the number of refugees accepted by the US through resettlement, rather than asylum seekers arriving on its borders, has always been limited compared with Syria’s neighbors, it still accepted more than 15,000 Syrians in 2016, the last year of Barack Obama’s presidency. It has accepted only 11 in 2018, according to State Department figures.

“Who is on the lists of people to exclude changes,” said Torpey, noting that terrorism fears have become a driver for restrictive immigration policies since 9/11. “The movement of people from predominantly Muslim countries is obviously under scrutiny.”

Wael Resol, a Syrian Kurd now based in Iraqi Kurdistan, has become one of the victims.

When he left Syria in 2012 as fighting was spreading through Syria, he found relative freedom in the semi-autonomous Kurdish region of Iraq, where he married an American woman.

But his first two attempts to get a visa for the US were thwarted by the physical challenge of reaching interviews scheduled in Ankara and Baghdad before he was completely blocked off by Trump’s ban on all Syrians entering the country.

He fears even his status in Iraq could become precarious. After its angry reaction to last year’s Kurdish independence referendum, the Iraqi government began demanding Iraqi visas of people living in the Kurdish region. Resol was rebuffed twice until a friend helped him get a visa. But he will have to get another after a year.

He has been waiting on a US Supreme Court ruling on Trump’s ban but is worried that if the ban is allowed to stand and conditions in Syria or Iraq do not improve, he will be out of safe and legal options to find a more secure life for himself. That would force him closer towards the option he has been avoiding - being trafficked to Europe.

"I feel like all doors are closed. To have some hope in anything as a Syrian - I can't find it."