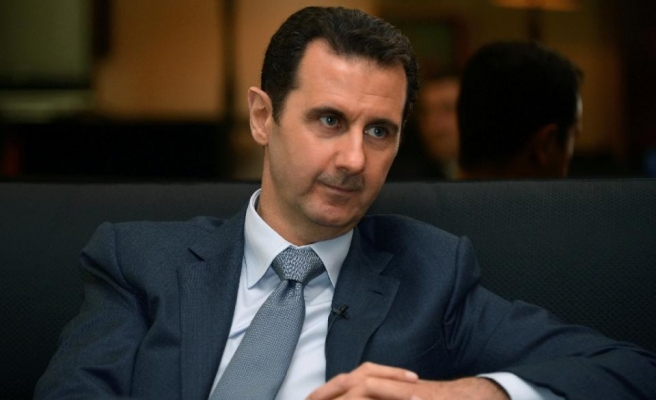 In his first public comments on the mass migration Assad said Europe could expect more refugees.

Countries including the United States, Turkey and Saudi Arabia want to see Assad gone from power and have supported the opposition to his rule during the four-year-old war, including some of the armed groups fighting him.

Assad said Turkish support had been crucial to the growth of two of the biggest insurgent groups in Syria, ISIL and the al Qaeda-linked Nusra Front, and aerial bombing by a U.S.-led coalition had failed to stop ISIL. Turkey denies the accusation.

The Syrian president dismissed Western suggestions that his government's actions in the war had fueled the spread of such groups.

"As long as they follow this propaganda, they will have more refugees," Assad said in an interview with Russian media. "If you are worried about them, stop supporting terrorists."

The Syrian government describes all the armed groups fighting it as terrorists. The insurgents in Syria range from the ISIL to nationalists viewed as moderate by the West.

Assad has been buoyed in recent weeks by signs of increased military support from his ally Russia. In his comments he made no mention of reports of Russian military activity in Syria.

The White House said on Tuesday it wanted to see Russia engage constructively with the international coalition fighting ISIL, rather than build up its own military presence.

Moscow says the Syrian government should be part of a broad coalition to fight ISIL.

Assad said there was no coordination between his government and the United States, even indirectly, apparently backing away from comments earlier this year suggesting there had been some contact.

He played down proposals for a peace initiative that Assad ally Iran has said it presented to Syrian officials.