Ayria President Assad met an aide to Iraq's acting PM Maliki, signalling a thaw in ties between the two men. 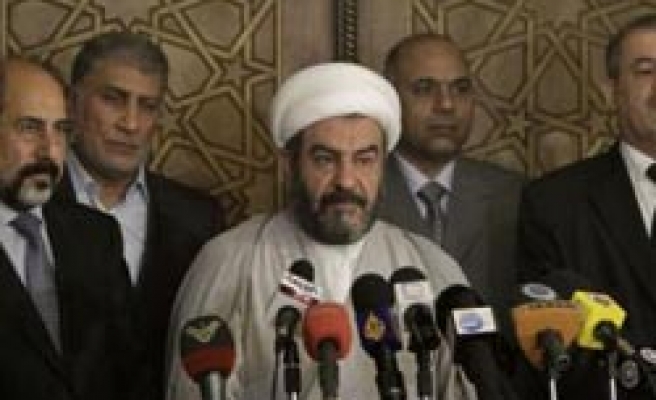 Syrian President Bashar al-Assad on Tuesday met an aide to Iraq's acting prime minister, Nuri al-Maliki, signalling a thaw in ties between the two men that could boost Maliki's chances of forming a government.

"We affirmed the depth of strategic ties between Syria and Baghdad," Abdul Hamid al-Zuhairi, a senior official in Maliki's Dawa party, told reporter.

"There have been (anti-Syrian) statements by Iraqi figures, but that's behind us now," said Zuhairi, who headed a delegation that included a minister of state loyal to Maliki.

Relations between Maliki and Syria's ruling hierarchy plunged after Maliki, as prime minister, accused Syria in August last year of sheltering two people who he said were behind bomb attacks in Baghdad that killed 100 people. He withdrew Iraq's ambassador from Damascus.

The official Syrian news agency said Assad had said Syria would back any government deal that preserves Iraq as a single state, reflecting its concern that any secession by Iraq's Kurds could stoke separatism among its own Kurdish minority.

Syria has a 600-km (375-mile) border with Iraq and hosts hundreds of thousands of Iraqi refugees.

Syrian government media have unusually been highlighting links with Iraq in recent weeks, as well as technical meetings on a project to re-activate an oil pipeline from the Iraqi oil centre of Kirkuk to Syria's Banias terminal.

The project, which would net Syria valuable hard currency, has been on the drawing board for at least three years.

Maliki has insisted that work on the pipeline must be accompanied by progress on the security issue.

"With American forces leaving, it's reaching the point where everyone is starting to want a government in Iraq, regardless of who heads it," the diplomat said.

"All Maliki has to do is to keep waiting."