Since 2011, over 700 people, including 146 women and 69 children, have allegedly been murdered and burned, two non-governmental organizations claim 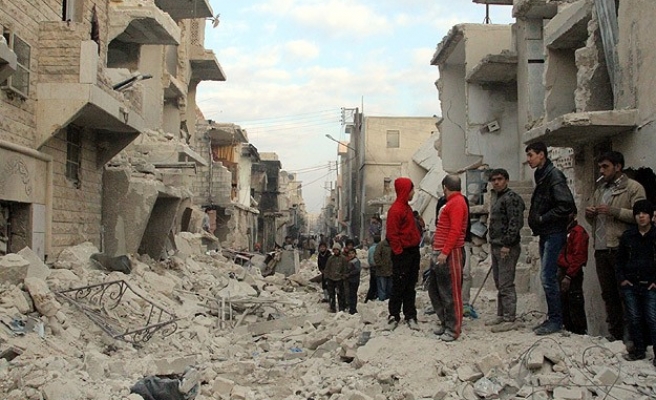 The report prepared by the Geneva-based Euro-Mid Observer for Human Rights and the Syrian Network for Human Rights specifically pointed out the atrocities committed by Syrian President Basharal Assad’s regime.

"Since 2011, bodies of another 773 people, including 146 women and 69 children, have been found that were apparently murdered then burned, either to cover up the regime’s crimes or to intimidate the opposition," it said.

The figures quoted by the organizations in the report could not be independently verified.

According to the report, the Syrian regime’s practice of burning people alive received little or no media coverage. The Syrian government denies committing any such crimes.

“Burning people to death or burning the bodies after killing their victims is a practice systematically adopted by regime forces in various Syrian cities over the past four years,” Fadel Abdul Ghani, chair of the Syrian Network for Human Rights, said.

The report also said that the investigation found that the burnings were carried out individually in some incidents and collectively to a large number of people following massacres, often sectarian in nature. It added that in some cases women were burned after being sexually assaulted.

Ihsan Adel, Euro-Mid Observer for Human Rights’ legal advisor, told AA, "We sent the report to the Syrian Foreign Ministry to get an answer a week ago. Till now there is no answer."

The Syrian Mission to the UN in Geneva did not respond to AA’s request for comment.