Syria's Assad to speak on TV

A U.N. team arrived in Damascus to assess humanitarian needs after five months of turmoil. 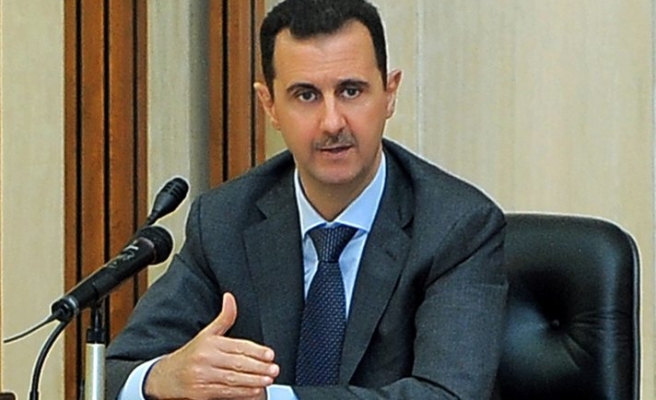 President Bashar al-Assad will give an interview to Syrian television on Sunday, state media said, as a U.N. team arrived in Damascus to assess humanitarian needs after five months of turmoil.

Assad's interview, only his fourth televised appearance since an uprising erupted against his rule, will address "the current situation in Syria, the reform process and ... implications of the U.S. and Western pressures on Syria politically and economically".

Assad last spoke in public in June. He said he would introduce reforms within months to address the wave of protests sweeping Syria, but blamed saboteurs for the violence and warned that no deal could be reached with gunmen.

Since then international pressure on him has stepped up, with the United States and European allies calling on him to quit and imposing new sanctions in protest at his crackdown, which the United Nations says has killed around 2,000 civilians.

Arab states and regional power Turkey have also ratcheted up criticism of Assad after he sent tanks and troops into some of Syria's biggest cities to crush dissent during the Muslim holy month of Ramadan, which started on Aug. 1.

Activists said Syrian forces had killed two civilians in house raids in the town of Rastan north of Homs on Saturday. The Syrian Revolution Coordinating Union, an activists' organisation, said one man was killed in al Hirak in Deraa province when security forces fired at a funeral.

A day earlier, Assad's forces killed 34 people, including four children, in Homs and Deraa, where the popular revolt began in March, as well as in suburbs of Damascus and the ancient desert town of Palmyra, activists said.

Syria has expelled most independent media since the unrest began, making it difficult to verify events on the ground.

A U.N. team arrived in Syria on Saturday to assess humanitarian needs in the country, a U.N. official said. The United Nations has sought access for the team since May.

"We welcome the fact that the government has approved the humanitarian mission," said the official.

The team will "assess the humanitarian situation and condition of basic social services and identify initial assistance needs that could be addressed through a rapid response," she added.

She did not say which parts of the country the team would visit, but said the mission would continue until Thursday.

U.N. humanitarian affairs chief Valerie Amos told the U.N. Security Council on Thursday that the visit must not be a one-time offer and that her team would need unhindered access to all parts of Syria.

Assad told U.N. Secretary-General Ban Ki-moon last week that all military and police operations had ceased, but activists say dozens of protesters have been killed since then.

Encouraged by growing global pressure on Assad, the Syrian opposition in exile which has been meeting in Turkey said it would set up a National Council on Sunday to support the uprising and help fill any power vacuum should the protests oust the Syrian leader.

Similar initiatives in the past have failed to produce a robust umbrella group to unite the opposition, fragmented by 41 years of harsh rule by Assad and his father, Hafez al-Assad.

Syria's U.N. ambassador has accused the United States and its allies of waging a "diplomatic and humanitarian war" against Syria. "These forces have nothing but hatred against my country and my nation," ambassador Bashar Ja'afari said.