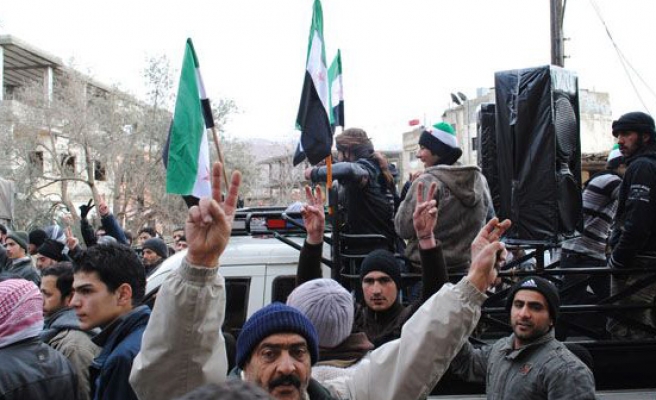 Syria’s Muslim Brotherhood late Friday condemned the terrorist PYD group’s declaration one day earlier of a "federal system" in PYD-held areas of northern Syria, stressing its rejection of any attempt to "carve up Syrian territory".

"What those who have hijacked the Syrian revolution have done -- namely, appropriating parts of Syrian territory over which they have declared a ‘federal system’ -- we regard as a violation of Syria’s unity and territorial integrity," the Brotherhood said in a statement.

The move, the group went on to assert, "is driven by external powers that want to fragmentize Syria".

The Brotherhood urged the Syrian people, including the nation’s Kurds, to defend the unity of their country and "restore the hijacked will of the Kurdish national militia, which has moved outside the scope of the Syrian revolution".

"Syria is a unified country," the group stressed. "It won’t allow itself to be auctioned off or divided."

The Brotherhood went on to say that the form of government adopted by Syria was up to the Syrian people themselves.

The terrorist PYD, the group added, "is no different from the other militias that are assaulting Syrians and their homeland; it is holding the Kurds hostage to accomplish its agenda, just like Daesh does in other parts of the country".

On Thursday, following a two-day meeting of Syrian Kurdish leaders in the northern town of Rmeilan, the PYD -- the Syrian affiliate of the terrorist PKK organization -- declared a "federal system" in the PYD-held regions of Hasake, Afrin and Kobani.

All three regions are in northern Syria near the border with Turkey, which has repeatedly voiced concern over the PYD's affiliation with the PKK, with which it shares information and weaponry.

At Turkey's request, PYD representatives were not invited to attend ongoing UN-backed talks in Geneva aimed at resolving the five-year conflict in Syria.