Islamic Front troops clashed with the ISIL in the Kafr Hamra town of northern Aleppo. 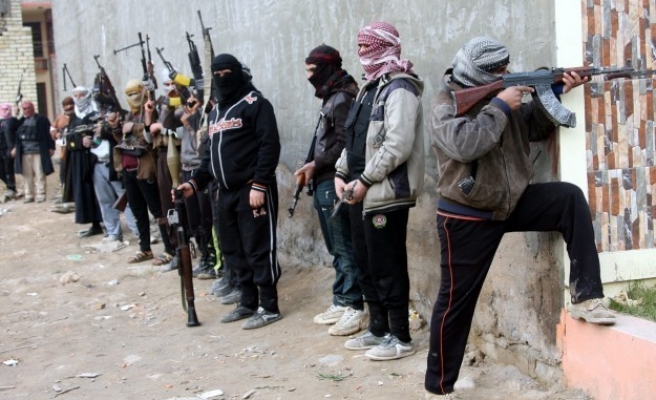 Troops from the Islamic Front reportedly clashed with the Islamic State of Iraq and the Levant (ISIL) in the Kafr Hamra town of northern Aleppo resulting in the capture of some areas in the town in the northern region of Aleppo.
Ahmad Hassan Ubayd, the Head of media of the Syrian Local Coordination Committee for Aleppo, told Anadolu Agency that Islamic Front troops held operations in some areas of Kafr Hamra town of northern Aleppo and captured these points.

Ubayd said that many ISIL members were captured during the operations as fierce clashes continued between the members of the two groups.

ISIL on Tuesday attacked Turkmen populated Coban Bey village in Aleppo with heavy weapons and the Islamic Front also known as 'Nahravant' stopped them from capturing the town, Ubayd said.

"Armed opponents are fighting at two fronts in Aleppo; one is against the Assad regime in the south and the other is against ISIL in the north," added Ubayd.
Last Mod: 29 Ocak 2014, 16:41
Add Comment