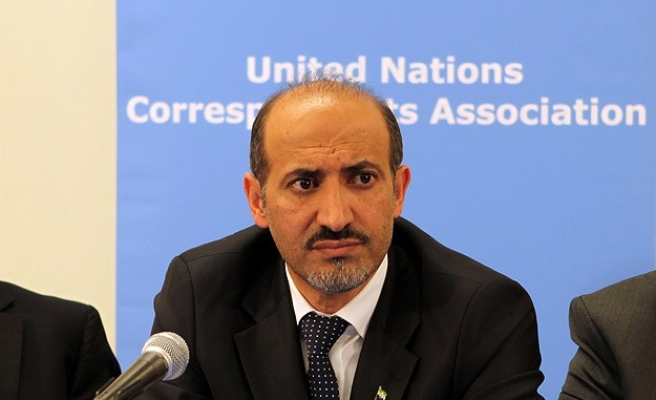 The leader of the Syrian opposition bloc Ahmed Jarba said on Sunday that the time for diplomacy and peaceful solutions for the Syrian crisis is over, urging Arabs to blacklist the Lebanese Hezbollah group and the militant the Islamic State of Iraq and the Levant (ISIL).

"Common Arab work will never retain its strength in the presence of the [Bashar] Assad regime," Jarba told the opening session of a two-day meeting of the Arab foreign ministers in Cairo.

"You have seen the efforts the Bashar al-Assad regime made to sabotage Geneva II," he said.

Syria's opposition and government representatives met in Geneva for a second round of talks a few weeks ago.

The talks, however, did nothing to bring to an end the conflict that has been ravaging Syria for three years now.

The Syrian government media said recently a new round of Geneva II talks would kick off on March 20. But this has not been confirmed by UN and Arab League envoy Lakhdar Brahimi.

Military involvement by Hezbollah in the Syrian regime's ongoing conflict with armed opposition groups has drawn condemnation across the Sunni Muslim world.

On Friday, Saudi Arabia banned the ISIL and Hezbollah activities inside the oil-rich Gulf kingdom.