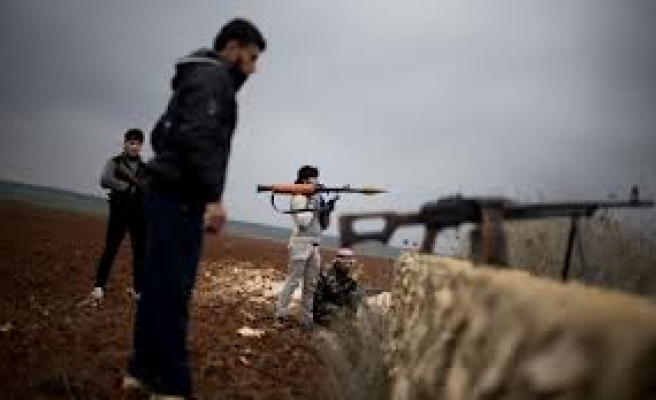 Nusra Front on Saturday denounced U.S.-led air strikes on Syria, saying they amounted to a war against Islam and vowing to retaliate against Western and Arab countries that took part.

"We are in a long war. This war will not end in months nor years. This war could last for decades," group spokesman Abu Firas al-Suri said.

"It's not a war against Nusra Front, it's a war against Islam," he added in an audio message published on the group's social media network in its first reaction since the launch of the U.S.-led strikes on Tuesday.

The air strikes that include some Gulf and European nations killed scores of Nusra fighters in an attack on a base in a rebel held area of northwestern Syria on the first day of the military campaign.

"These countries have done a despicable act that will put them on the list of those targeted by jihadist forces all over the world," the spokesman said.

The United States has been carrying out strikes in Iraq since Aug. 8 and in Syria, with the help of Arab allies, since Tuesday. It says the campaign is aimed at "degrading and destroying" ISIL militants who have captured swathes of both countries.