Tamarod officer Abdel Aziz urged Egyptians to take to the streets Friday to "tell the world that this is a revolution and not a military coup, as the US and American media claim." 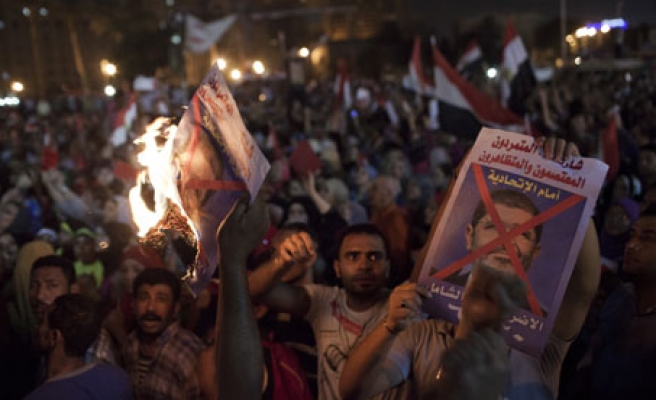 A campaign has been launched by Tamarod, the grassroots movement that helped launch the protests that led to the ouster of president Mohammad Morsi, to encourage public participation in the amendment of Egypt's suspended constitution.

Spokesman Mahmoud Shahin said the initiative aimed to draft a national charter that "preserves Egypt as a civil state and maintains its sovereignty and borders."

The campaign, which will cover Cairo and other Egyptian governorates, will include street activities to encourage people to propose constitutional changes aimed at guaranteeing better living standards, freedom and social justice.

"We want the voice of the revolution and the people to be heard by state institutions," Tamarod's political communication officer Mohamed Abdel Aziz said.

He called for the formation of a government of technocrats to articulate revolutionary demands and bring the country to safety following recent political turmoil.

Abdel Aziz also reiterated Tamarod's refusal to exclude any party from the constitution-drafting process. Despite this, he however underlined the importance of "prosecuting whoever incited to violence or murder."

After the coup, Egyptian authorities have used the charges of inciting violence against protesters to arrest a number of Islamists, including Muslim Brotherhood leaders.

Tamarod coordinator Mahmoud Badr claimed the new campaign was aimed at avoiding mistakes made by the Muslim Brotherhood.

He urged Egyptians to take to the streets Friday to "tell the world that this is a revolution and not a military coup, as the US and American media claim."

Interim President Adly Mansour recently issued a 33-article constitutional declaration calling for the amendment of the suspended constitution, to be followed by parliamentary and then presidential polls.

The constitutional declaration also grants the interim president legislative authority after consulting the government until a new parliament is elected.