"Supporting the state in its campaign against terrorism does not include any exceptional measures that run counter to public freedoms and human rights," Badr insisted. 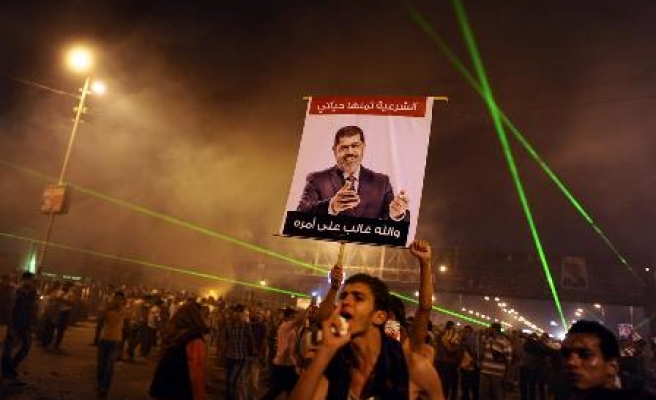 Tamarod (Rebellion), the youth movement that spearheaded mass protests that led to the ouster of President Mohamed Morsi, lashed out at the Interior Ministry's decision to reactivate departments tasked with monitoring religious and political activity in Egypt.

"We are very concerned by Interior Minister Mohamed Ibrahim's statements on the return of monitoring extremism and political activity departments which were closed after the 2011 January Revolution," Mahmoud Badr, the founder of Tamarod, said in press statements on Sunday.

"We demand an immediate explanation for such a dangerous procedure."

Speaking at a press conference on Saturday, the interior minister described the closure of these departments after the January 2011 revolution -- which toppled long-serving president Hosni Mubarak -- as a "mistake".

"This mistake is being rectified," he said.

The minister added that "distinguished" officers in these departments sacked in the wake of the 2011 revolution would be reinstated.

Dismantling the Interior Ministry's State Security Service, which had included both these departments, was a main demand, and achievement, of the January revolution.

Human rights groups in the past had accused both departments of the systematic torture of Islamist and opposition figures, a charge denied by the Interior Ministry at the time.

"Supporting the state in its campaign against terrorism does not include any exceptional measures that run counter to public freedoms and human rights," Badr insisted.

"The January Revolution and its second wave on June 30 were staged to defend the freedom of all Egyptians," he added.

"We will not accept the return of Mubarak's State Security or the witch-hunt of political activists under any pretext."