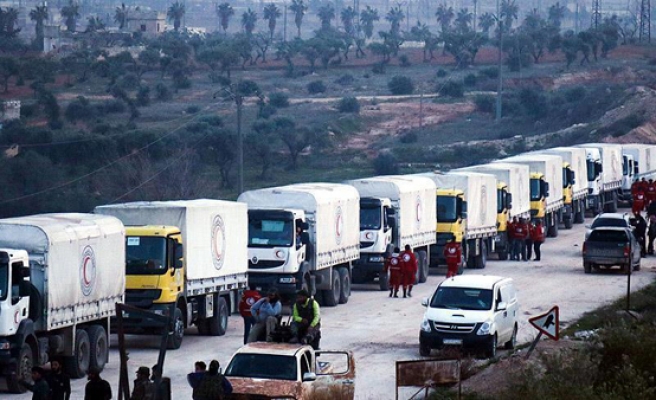 Earlier this week, Washington and Moscow announced a “cessation of hostilities” in Syria, which is expected to allow aid to be delivered to Syrians.

Less than an hour before the deal was set to take effect, the UN Security Council unanimously adopted a resolution endorsing the cessation of hostilities.

The resolution demanded "all parties to whom the cessation of hostilities applies ... fulfill their commitments" and urged major countries to use their influence with the warring parties "to support efforts to create conditions for a durable and lasting cease-fire".

In Washington, the White House urged patience just hours before the agreement goes into effect, acknowledging that there will be "violations along the way".

He added that the Syrian government and Russia's continued military activity in the country "are in direct conflict with the commitments that they made".

Turkish President Recep Tayyip Erdogan said that around 400,000 people had died and 12 million people been displaced since the war started.