Office for Coordination of Humanitarian Affairs (OCHA) says around 35,000 people had been displaced by fighting 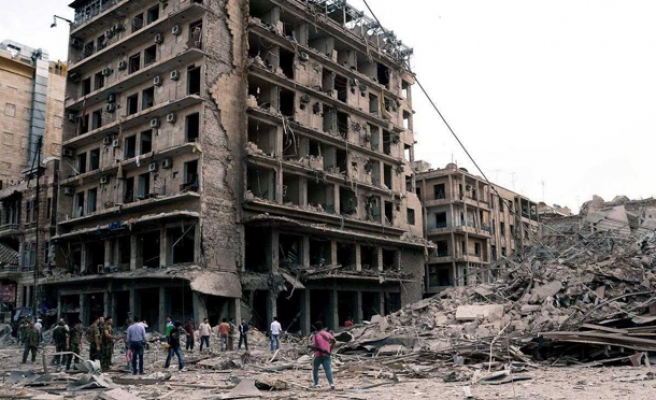 Tens of thousands of Syrians have fled their homes south of the second city Aleppo since a government offensive there began last week, a UN agency said on Tuesday.

The Office for the Coordination of Humanitarian Affairs (OCHA) said around 35,000 people had been displaced by the fighting.

"Around 35,000 people are reported to have been displaced from Hader and Zerbeh on the southwestern outskirts of Aleppo city, following government offensives over last few days," said OCHA spokeswoman Vanessa Huguenin.

She said many of the displaced were living with host families and in informal settlements further west in the province.

"In addition, aid agencies are growing more and more concerned for families living outdoors as the weather is getting colder especially overnight."

They are fighting to take villages and towns that lie near the strategic Aleppo-Damascus highway.

More than 250,000 people have been killed since Syria's conflict began with anti-government protests in March 2011.

Some four million Syrians have become refugees and around seven million have been internally displaced, according to the UN.