Months of airstrikes and clashes have left some 90 percent of city in ruins, according to estimates by activist group 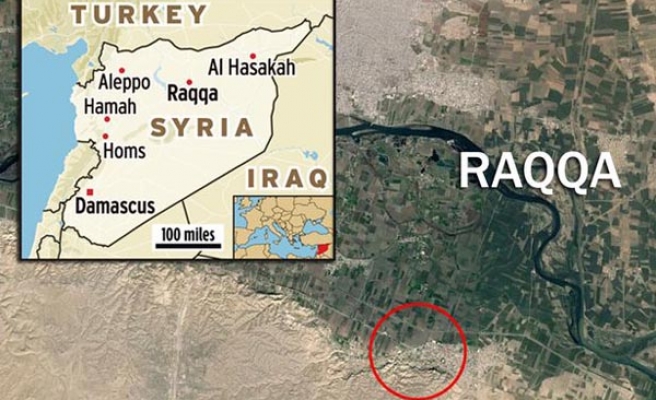 The city of Raqqah, largely destroyed by U.S. airstrikes and clashes between the ISIL and PKK/PYD terrorist groups, is being looted by the PKK/PYD, who are also preventing people from returning home, locals have said.

Backed by the U.S., the SDF, which includes the PKK/PYD, launched a military campaign on June 6 to expel ISIL from Raqqah province.

Footage shows two large buildings that have been reduced to rubble, while a number of vehicles can be seen buried in the debris.

The roofs of numerous shops in the city have collapsed, while other shops in the area can be seen standing empty.

Speaking to Anadolu Agency, local residents complained that PKK/PYD terrorists had looted their homes and shops before selling stolen items in the nearby Ayn Isa and Rasulayn districts, both of which are controlled by the terrorist group.

They said that residents of the Sabahiye neighborhood were being prevented from returning to their homes by PKK/PYD terrorists.

According to Raqqah Is Being Slaughtered Silently (RBSS), an activist network that monitors rights violations and war crimes in the city, the campaign against ISIL left some 2,000 civilians dead and more than 450,000 residents displaced.

According to RBSS’s estimates, some 90 percent of the city has been destroyed in recent fighting.