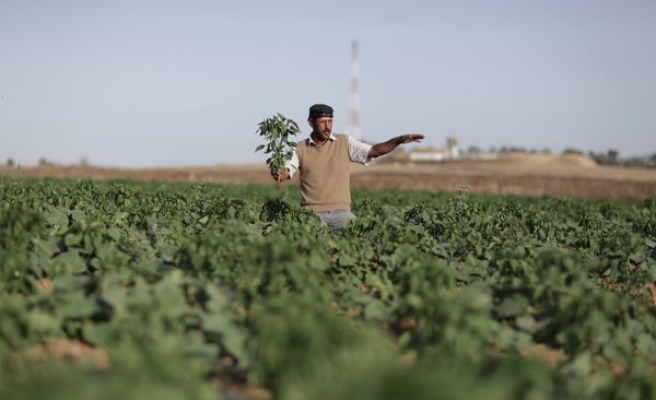 Human Rights Watch reported the Thai workers, who make up the bulk of Israel’s agricultural force, are paid less than the minimum wage, work excessively long hours in dangerous circumstances and are housed in squalid conditions.

“Thai workers in the agricultural sector in Israel are forced to work in dangerous conditions, using pesticides without appropriate equipment,” Phil Robertson, the group’s deputy director for Asia, told The Anadolu Agency.

“Thai authorities should put this issue at the top of the list when they speak to Israel and ask Israel to get to the bottom of these human rights abuses.”

A 48-page report - “A Raw Deal: Abuses of Thai Workers in Israel’s Agricultural Sector” - is based on interviews with 173 Thai workers in ten farming communities.

“All said that they were paid less than the legal minimum wage, forced to work far more hours than the legal limit, exposed to unsafe working conditions and had difficulties if they tried to change employers,” according to the report.

“In all but one of the 10 communities where Human Rights Watch investigated living conditions, Thai workers were housed in makeshift and inadequate accommodation,” the report added.

On one farm, workers were living in cardboard shelters inside farm sheds.

Contacted on Wednesday, an official at the Thai Foreign Ministry said he was unaware of the report.

Around 25,000 Thai workers toil on Israeli farms and the report underlined the unusually high death rate among Thais. According to government figures published by Israeli newspaper Haaretz, 122 Thai farm workers died between 2008 and 2013.

Of these, 43 were attributed to “sudden nocturnal death syndrome,” a heart condition that affects young Asian men.

In the case of a 37-year-old man who died in his sleep in May 2013, co-workers said they slept in a cramped space in a farm shed and worked up to 17 hours a day, with no rest days. On another farm, a Thai worker said that he felt like “dead meat” at the end of a working day, which typically began at 4:30 a.m. and ended at 7 p.m.

The report recognized that Israeli laws have been improved and are protective of migrant workers’ rights.

Despite this, “Israel is doing far too little to uphold the workers’ rights and protect them from exploitation,” Sarah Leah Whitson, Middle East and North Africa director at Human Rights Watch, said.