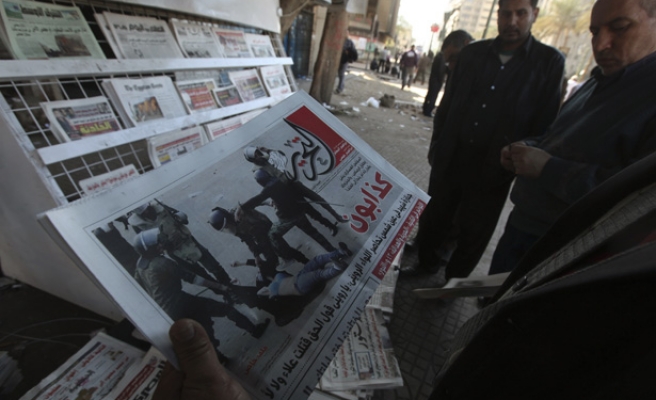 World Bulletin / News Desk
An Islamic thinker on Sunday cited what he described as "inflammatory media" as a main reason for the failure of bids to reconcile Egypt's Muslim Brotherhood movement with the government.

Nageh Ibrahim, a co-founder of Egypt's Gamaa Islamiya group, said the media on both sides of Egypt's political division broadcast "inflammatory" materials with the aim of keeping the two sides apart.

"Such media practices are the most dangerous factor, hindering reconciliation efforts," Ibrahim told The Anadolu Agency.

He said the general political climate in Egypt was not conducive for reconciliation.

The Brotherhood, the movement from which ousted President Mohamed Morsi hails, has fallen from grace soon after the army moved to oust Morsi in July of 2013 following mass protests against his government.

Morsi's backers viewed his ouster as a "military coup", staging unrelenting protests across Egypt, but the government's response was far from lenient.

Thousands of Brotherhood members and followers were put in jail on charges of incitement, violence and terrorism, while hundreds of people, including policemen, were killed in confrontations.

Ibrahim, who renounced violence a long time ago, said the situation in Egypt's Sinai Peninsula – in the northeastern part of the country – and repeated attacks against policemen, army personnel, and public facilities across Egypt also hampered reconciliation efforts.

Sadat was assassinated on Oct. 6 of 1981 during a military parade marking the anniversary of Egypt's military victory over Israel in 1973.

The late President's killing was blamed on a group of Islamist activists, some of them remained in jail until 2011.

A militant group that swore allegiance to the militant organization Islamic State of Iraq and the Levant claimed responsibility for the attack.

Ibrahim, who spent 25 years in Egypt's jails after being convicted of participating in Sadat's assassination, has written several books on Jihad in a bid to discredit the violent thoughts of some Islamist movements.