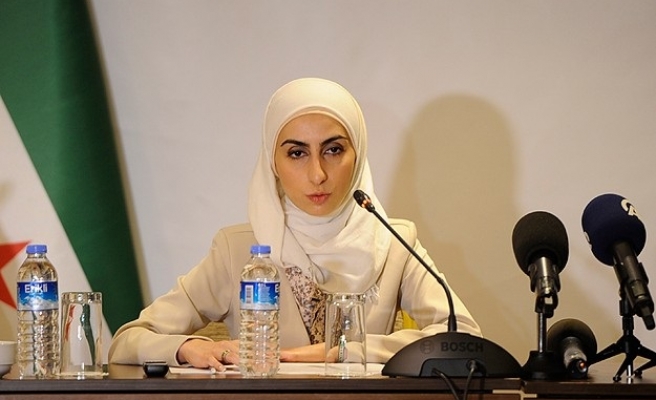 A prominent member of Syrian opposition has claimed there have been 7,500 confirmed cases of women being raped during the country’s three-year-old conflict.

Noura al-Ameer, vice president of the Syrian National Coalition was speaking on Friday in Istanbul during a press conference on women’s rights violations in Syria. Al-Ameer said that the true number was likely to be much higher since many cases went unreported.

“The experience that many women have lived is beyond imagination. They cannot even forget those things. The Syrian regime has endorsed a terrible tactic of torturing women and children,” al-Ameer said, citing a number of cases where detained women died as a result of sexual violence by Syrian regime officers.

She said the number of confirmed cases of women being raped was 7,500 claiming that number had been confirmed by the SNC and various human rights associations.

Alaa Homsi, a human rights activist who was detained for six months in one military prison in Damascus, said no one can ask a Syrian woman whether she was raped or not in prison: “That is a delicate issue,” she underlined.

Homsi claimed to have been tortured systemically by Syrian regime officers: “I was electrified, hanged from the ceiling by hands and left in that position for hours and beaten.” She said women are hanged in this position without any clothes.

Asma Faraj, who was jailed for one year and a month at the same prison, said she heard the sounds of women being raped. She said she knew of cases where officials at prison distributed birth control pills.

Faraj was detained because she had a satellite phone. The Syrian regime has blocked international calls and access to the Internet to restrict information going out from the country. “Investigators beat me every day. I was tortured systemically,” Faraj said.

She also noted that sick prisoners were denied treatment. “Syrian guards yell at them: ‘Die, we do not care’” Faraj said many people are aware of torture in prison, adding: “We are not here to say how they tortured us but we want those files sent to the International Criminal Court and the international community to stop this calamity.”

The court is intended to prosecute individuals for crimes against humanity, war crimes and genocide but UN Security Council permanent members Russia and China have blocked efforts to refer Syria to the ICC.

Alaa Tabbab, SNC media director and researcher, called on the international community to act against violations against Syrian women, adding that workshops are being organized to raise awareness of rapes in the country. “Some raped women were killed by their families because they consider that as a shame to their families. So, women experience double suffering,” Tabbab stated.

Syria has been gripped in an ongoing civil war since 2011, which has killed over 100,000 people and displaced almost half of the population, according to the U.N.