US, UK and France shut Yemen embassies over security concerns. 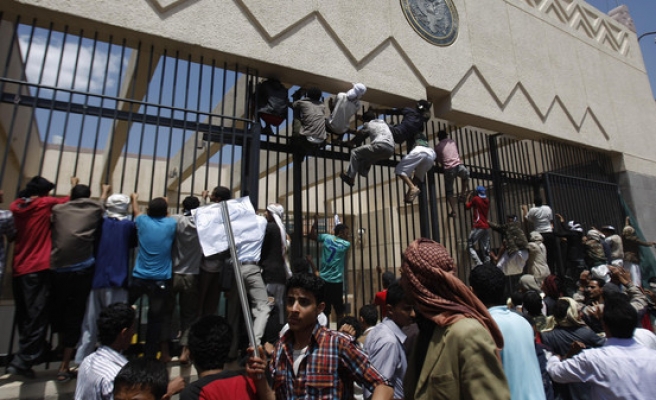 Yemenis in the central city of Taiz and the capital Sanaa held protests yet against a takeover by Houthi group on Wednesday after the United States, Britain and France shut their embassies in Yemen over security fears.

The Iranian-backed Houthi movement has called its seizure of power in Yemen a "revolution" and says it wants to rid the country of corruption and economic peril.

Yemen has long been at the forefront of the U.S.-led war against al Qaeda but the long-standing alliance between Washington and Sanaa appears to have ended for now.

On Tuesday, the United States stopped work at its embassy and withdrew its diplomatic staff, and France and Britain followed suit on Wednesday.

Employees of the German embassy said its mission was also getting rid of sensitive documents and would soon close.