MSF head says, 'Some 100,000 people gathered near the border... have not yet started to return home because it's too dangerous' 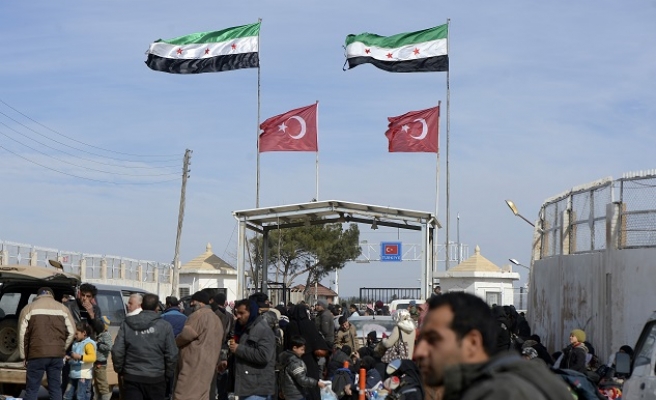 Tens of thousands of displaced Syrians along Turkey's border have not returned home despite a truce that began at the weekend, a humanitarian organisation said on Friday.

"Some 100,000 people gathered near the border -- including 50,000 in past weeks after the spike in violence in early February from the Syrian government coalition -- have not yet started to return home because it's too dangerous," the head of Medecins Sans Frontieres (MSF), Joanne Liu, said.

Friday marked the seventh day of the ceasefire brokered by the United States and Russia.

"There has been a drop in the violence and a marked decrease in air strikes and bombings but they haven't completely stopped," Liu said.

"We're in a transition period and I think it will take another few days for things to settle and for people to become convinced there really is a truce."

But "the movement of people fleeing the (northern) Idlib and Aleppo provinces to the border has decreased enormously", she added.

Tens of thousands of Syrians fled the northern city of Aleppo and surrounding areas in early February as Syrian forces backed by Russian air strikes pressed an offensive there against rebels.

More than 270,000 people have been killed and millions displaced in Syria's five-year war.

"For us, it's the most serious humanitarian and medical crisis at the moment," Liu said. "Work in Syria is a challenge and is extremely difficult."

She said that in 2015, 94 out of 153 clinics and hospitals supported by MSF in Syria were targeted by bombings and air strikes. Twelve hospitals were completely destroyed.

These facilities treated 154,000 people wounded in the war, of whom 30 to 40 percent were women and children, Liu said.