Three soldiers were injured in an exchange of fire with unidentified gunmen in Tripoli. 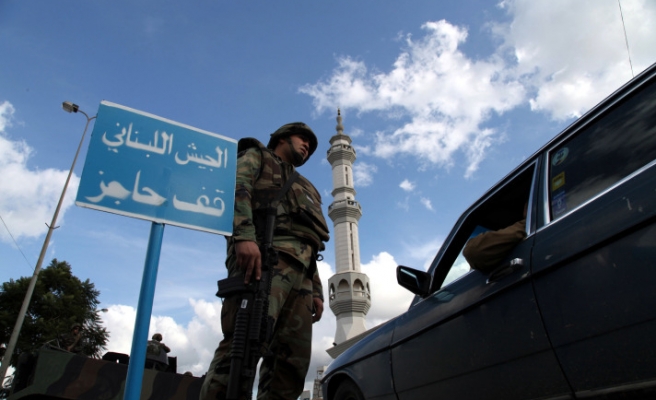 Three Lebanese soldiers were injured on Friday in an exchange of fire with unidentified gunmen in the predominantly-Sunni Bab al-Tabbaneh district of the northern city of Tripoli, a Lebanese security official confirmed.

The official said the gunfight had occurred following a verbal altercation between a group of gunmen standing guard at a Sunni mosque in Bab al-Tabbaneh and army personnel on patrol.

The gunmen had been protecting the house of worship against possible attack.

The soldiers asked them to leave the task of protecting the mosque to the army.

The ensuing verbal exchange escalated into a gunfight, which left three soldiers injured, the officials said.

Tensions ran high on Friday in Bab el-Tabbaneh and in the neighboring Alawite-majority area of Jabal Mohsen.

The two rival districts have been engaged in recurring rounds of sectarian bloodletting since the 2005 assassination of former Lebanese Prime Minister Rafiq Hariri, for which the Alawite-led Syrian regime was blamed.