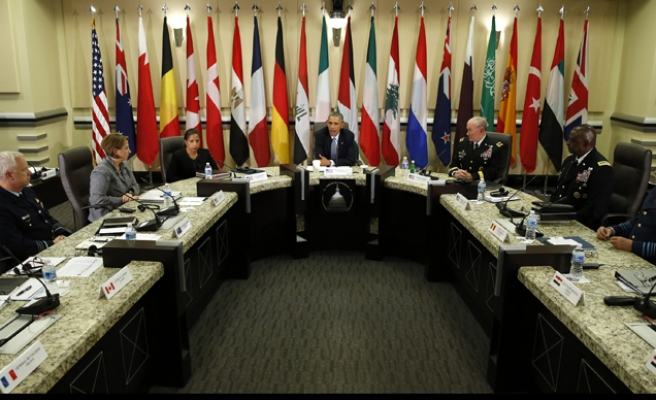 Top military commanders from 30 nations fighting the ISIL group gathered Monday in Kuwait to discuss ways to defeat the group which occupies large areas in Syria and Iraq.

"As military leaders, it is our responsibility to double efforts and urgently work out suitable plans to eliminate all terrorist groups threatening many countries in the world," Khader said.

The meeting was held under tight security measures and made off-limit to reporters with only photographers allowed to take pictures.

It comes less than two weeks after defence ministers of the 66-nation U.S.-led coalition battling ISIL pledged in Brussels to accelerate their campaign against the armed group.

Countries attending the Kuwait meeting include the United States, Britain, France, as well as Egypt, Iraq, Saudi Arabia and the United Arab Emirates.

The coalition has launched more than 10,000 air strikes against ISIL but the group still retains control of large parts of Iraq and Syria and has expanded its presence in Libya.

During the Brussels meeting, Saudi Arabia and the United Arab Emirates promised to renew their air operations in Syria after a long lull because of their war against Iran-backed rebels in Yemen.

Officials say the campaign is making the most progress in Iraq, where local security forces have retaken the city of Ramadi and clawed back some 40 percent of territory previously held by ISIL.