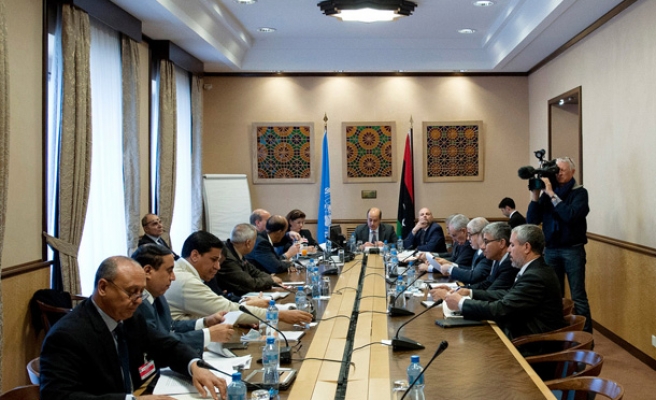 A senior negotiator from one of Libya's two parliaments on Wednesday quit United Nations-sponsored talks on forming a unity government, a day before a new round of negotiations.

The United Nations has been trying to persuade the country's warring factions for months to form a unity cabinet and end fighting across the country four years after the ousting of Muammar Gaddafi.

Militant groups allied to each of the two administrations have brought the country's oil-dependent economy to its knees and most of Libya is lawless and run by armed groups attached to neither government.

The U.N. has scheduled a new round of talks in Morocco to push the factions to agree on a deal this month, but the parliament based in Tripoli has so far refused to sign it.

The elected House of Representatives, based in the east with the official government which fled Tripoli a year ago, signed a preliminary deal last month.

Both sides face divisions and pressure from hardliners.

The lawmaker who quit on Wednesday was the head of the Tripoli delegation,  Saleh Makhzoum, the Tripoli-based parliament known as General National Congress (GNC) said on its website. He also resigned as deputy GNC president.

The GNC gave no reason, but in a separate statement Makhzoum's Justice and Construction Party blamed differences between him and GNC President Nouri Abu Sahmain over the handling of the U.N. talks.

There was no immediate word from the U.N. on whether the Morocco talks would go ahead on Thursday.

Another member of the Tripoli delegation, lawmaker Mohamed Moazab, said, "Makhzoum had the ability to deal quickly with reactions from the other dialogue side and knows how they think."

The United Nations said in a statement on Wednesday that U.N. Special Envoy Bernardino Leon had addressed the U.N. Security Council in a video conference saying, "Overcoming the political polarization and divisiveness in Libya will be no easy task  the onus is on Libya's leaders on all sides, and at all levels, to make that final push towards peace."

According to the statement, an estimated "1.9 million people need urgent assistance to meet their basic health-care needs, and access to food is a major problem for 1.2 million people."

The U.N. proposal calls for a one-year unity government in which a council of ministers headed by a prime minister and two deputies would have executive authority.

Libya's security has rapidly deteriorated as ISIL and other armed groups not linked to either government exploit the power vacuum.