Mursi's July 3 overthrow has energised Tunisian secular opposition groups who see a chance to topple their own freely elected Islamist-led government - but Tunisia's army has shown no sign it is ready to intervene as the Egyptian military did. 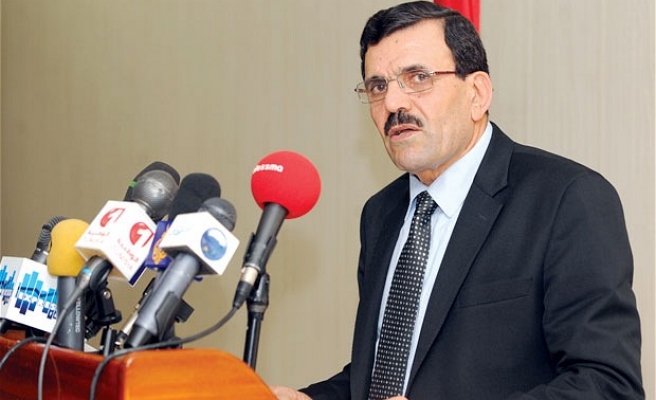 Secular opponents of Tunisia's Islamist-led government are hoping to emulate their counterparts in Egypt, who have acclaimed an army coup against Islamist President Mohamed Mursi.

Mursi's July 3 overthrow has energised Tunisian secular opposition groups who see a chance to topple their own freely elected Islamist-led government - but Tunisia's army has shown no sign it is ready to intervene as the Egyptian military did.

Young Tunisian activists have launched their version of Egypt's Tamarud protest movement, saying they have collected 200,000 signatures for a petition against Ennahda, a party similar to Egypt's Muslim Brotherhood.

They have called for mass protest rallies on July 25, Tunisia's national day, demanding a caretaker government that would curb the ruling party and fix the faltering economy.

One day after Mursi's ouster, Nida Touns, the main secular opposition, congratulated Egyptians on their "victory" and called for a “national salvation government” in Tunisia.

Nida Touns and several other opposition parties met on Tuesday to try to forge a common front.

"Tunisia does not seem immune to what happened in Egypt," said political analyst Youssef Ouaslati. "The (Muslim) Brothers in Tunisia may face a similar fate, especially in light of an unprecedented rapprochement between divergent political currents in the opposition to remove Islamists from power."

But even if the opposition unites and big crowds turn out on July 25, the government, which includes two secular parties, does not appear to be in imminent danger of collapse, given the reticence of Tunisia's military to meddle in politics.

In Tunisia, as in Egypt, the army refused to suppress the mostly peaceful demonstrations that ended President Zine al-Abidine Ben Ali's secular 23-year rule in January 2011.

But the Tunisian army stayed out of a political transition that involved elections won by Ennahda, which then shared power with some of its secular rivals. The army chief stepped down last month and his replacement was sworn in this week.

By contrast, Egypt's powerful military, which has supplied all the modern republic's presidents, took over from Mubarak, only turning over power a year ago when the Muslim Brotherhood's Mursi became the country's first freely elected leader.

The party's founder, Rachid Ghannouchi, spent 22 years in exile in Britain.
His counterparts in Egypt, where the Muslim Brotherhood was founded in 1928, were suppressed and often jailed under Mubarak.

Ennahda defused popular anger by forming a new government that included a large number of independents.

Nevertheless Ennahda has a tough task in governing a divided country where social tensions and economic hardship have grown.

"If our opponents insist on ignoring our demand, we will go for it by imposing the will of popular pressure .. We are not afraid to go to the streets or even to be killed," Sadik said.

Ennahda and its coalition partners warned on Wednesday against the consequences of pushing Tunisia towards the unknown and urged people to draw the lesson of what happened in Egypt.

French President Francois Hollande, visiting Tunis a week ago, said his hosts were "heading in the right direction", drawing a positive contrast with Libya, Egypt and Syria:

"In Libya the transition has been tainted by violence; in Egypt the transition was stopped after the removal of the elected president; and in Syria, desire for change led to war."