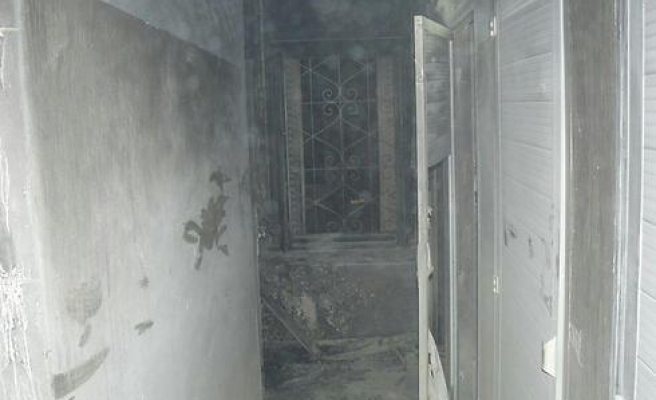 On Thursday, Israeli settlers torched part of a Greek Orthodox seminary in West Jerusalem and also sprayed anti-Christian graffiti on it.

"Israel should take necessary caution to prevent any uprising in the region,” Turkey's Foreign Ministry said in a statement, adding that Turkey “expects the perpetrators to be caught and put on trial as soon as possible."

The ministry also said that the attacks showed the provocative side of violence against Islam and Christianity.

Extremist Israeli Jews, the ministry said, were continuing to attack Muslim and Christian places of worship, while the Israeli government did nothing to stop them.

The ministry went on to blame the Israeli government for the trend, calling on the Vatican, the international community and the UN to help protect local religious sites.

On Wednesday, Israeli settlers also set fire to a mosque near the southern West Bank city of Bethlehem, which they also covered with anti-Arab and anti-Muslim graffiti.

Several instances of settler attacks on Muslim places of worship have been reported recently, both in the Israeli-occupied West Bank and in the Jewish state itself.