In the meeting between Gül and the Egyptian ambassador, the president offered an eight-month plan to finalize the political transition to elected civilian rule. 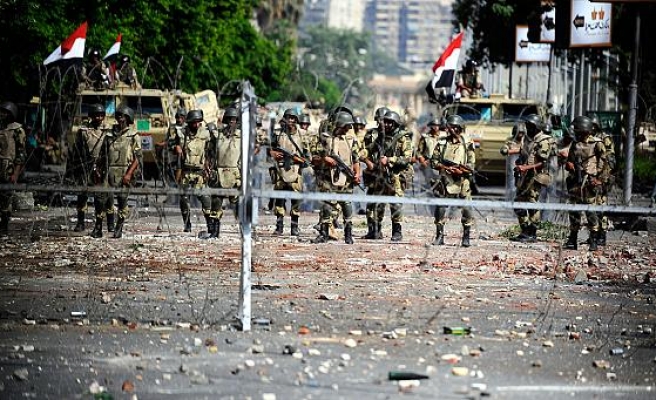 Turkey has demanded ousted Egyptian President Mohammed Morsi be released immediately and offered a plan that will finalize the entire political transition to elected civilian rule in eight months.

Turkish President Abdullah Gül held talks with Egypt's newly appointed ambassador to Turkey, Abderahman Salah El-Din, over the weekend, in the first official meeting between Turkish and Egyptian officials since the Egyptian army removed Morsi and suspended the constitution in a military coup on July 3.

The meeting came at the request of the ambassador and was closed to the press. Sources said the president told the ambassador that the “strong, strategic and historical” relations between the two countries should continue. The Turkish president also underlined the importance of democratic transformation in the country.

Last Tuesday, Egypt summoned Turkey's ambassador to Cairo in protest of what it viewed as Ankara's interference in Egyptian affairs, after Turkey described the Egyptian army's overthrow of Morsi as an "unacceptable coup."

Turkey's response to the military intervention was seen in Egypt as the strongest reaction from abroad.

In the meeting between Gül and the Egyptian ambassador, the president offered an eight-month plan to finalize the political transition to elected civilian rule.

In Gül's proposal, the interim government should establish a 50-member committee within 15 days composed of bar members and representatives from universities, unions and civil society organizations. The committee will be tasked with writing a new constitution in 30 days while the president will call a referendum in a month.

Gül's plan foresees the end of the political transition in eight months.

Egypt's interim leadership also laid out a fast-track timetable to elect a new president and parliament by early next year.

Under the plan put forward by the interim president last Monday, two panels would be appointed to make amendments to the constitution passed under Morsi's government. Those changes would be put to a referendum within about four-and-a-half months. Parliamentary elections would be held within two months after that, and once the new parliament convenes it would have a week to set a date for a presidential election.

Gül told the ambassador that “all of Egypt” is important for Turkey, in an apparent reference to a widespread belief that Turkey is only backing the Muslim Brotherhood, the long-banned group from which Morsi's ruling Freedom and Justice Party hailed.

The president also said that the current political tension in the country may de-escalate if the Muslim Brotherhood is also included in the election process, a source from the Office of the President told Today's Zaman. So far, the Brotherhood has staunchly rejected participating in the new political process, arguing that they will not validate the “illegal ouster of Morsi.”

Gül expressed regret that the military removed the president and said other democratic ways should be sought to tackle the political impasse in Egypt. “But it happened,” Gül reportedly told the ambassador in a sign that Ankara is looking forward to a rapid transition rather being stuck with the coup.

He also told the envoy that Turkey does not want Egypt to experience the repercussions of coups, the source from the president's office said. Similar remarks were made by Prime Minister Recep Tayyip Erdoğan, who said Turkey had suffered dire consequences from coups in the past, and does not want to see the Egyptian people experience the aftermath of a coup.

Gül recalled that his country also had gone through these processes, referring to four full-scale military coups Turkey survived, and demanded an immediate return to civilian government through a democratic settlement.

He added that a rapid democratic solution to the political turmoil that will protect everyone's rights and privileges should be soon realized. Gül also urged the Egyptian authorities to immediately set Morsi free and avoid “hurting him.”