It is not possible for Assad to govern Syria since he waged war against his people, says Feridun Sinirlioglu 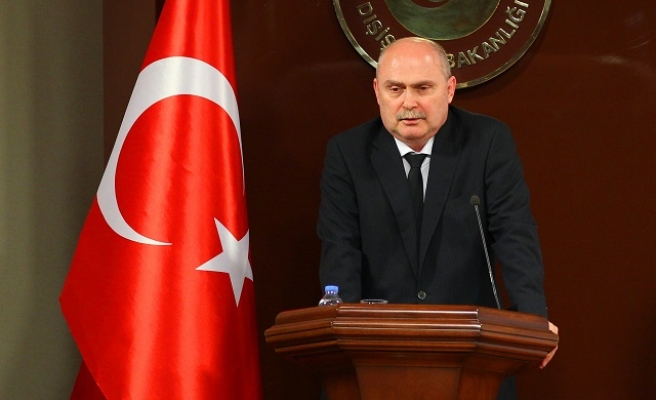 Syrian President Bashar al-Assad has not got the capability to lead the country, Turkey’s foreign minister has told Anadolu Agency.

Feridun Sinirlioglu was speaking late on Thursday after his return from a working visit to the Russian city of Sochi, where he met his counterpart, Sergei Lavrov, in bilateral talks.

"It is obvious that Assad has not got the capability to ensure stability again in Syria," Sinirlioglu said.

"But the Russians expressed that the Syrian people need to decide on this. The Syrian people have already made their decisions. It is not possible for a person, who waged war against his people, to govern the country," said Sinirlioglu.

The minister said Turkey and Russia have differences of opinion over the reasons behind the chaos in Syria but said that Turkey's position was "clear".

Sinirlioglu said Turkey's aim was to ensure stability in Syria, adding: "The chaos in Syria has posed a direct threat to Turkey's national security in the last 4-5 years."

Russia has reportedly sent heavy weapons to an airbase near the coastal city of Latakia where it has also begun to expand facilities. Moscow has described the efforts as an attempt to combat extremist groups, including ISIL.

"We [Russia and Turkey] have differences of opinion but I believe that we can meet at a point about the targets, because we are agreed on the importance that we attach to Syria's stability," said Sinirlioglu.

The Syria conflict began in 2011 when the Assad regime responded with unexpected ferocity to popular protests that erupted as part of the Arab Spring uprisings.