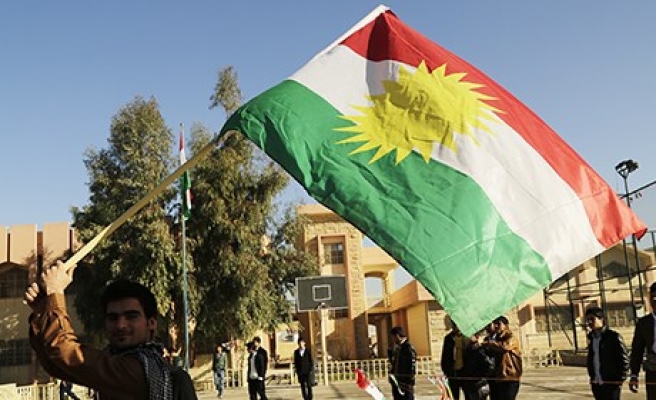 Turkey, Iraq and Iran have united in opposition to the planned Kurdish independence referendum in northern Iraq, warning of coordinated “counter-measures” to the vote.

Foreign ministers Mevlut Cavusoglu, Ibrahim al-Jaafari and Javad Zarif met in New York to discuss their response to the referendum due Monday.

In a joint statement issued Thursday, the ministers said their governments were “unequivocal” in their opposition to the referendum proposed by the Kurdish Regional Government (KRG) and said it would not benefit Kurds or the KRG.

They also agreed “to consider taking counter-measures in coordination” although the statement did not elaborate on possible measures.

The U.S. and UN have also spoken out against the poll, saying it would distract from operations against ISIL and lead to greater regional instability.

Baghdad has threatened to intervene militarily if the vote results in violence. KRG President Masoud Barzani has said a “yes” vote would not initiate a declaration of independence but would led to negotiations with the Iraqi government.

In their meeting late Wednesday, the ministers added that the referendum would be unconstitutional and reaffirmed their “strong commitment to the territorial integrity and political unity of Iraq.”

The statement said the proposed referendum “puts Iraq’s hard-earned gains against ISIL under great risk… and runs the risk of provoking new conflicts in the region, that will prove difficult to contain.”

They called for “dialogue within the Iraqi constitution” to resolve differences between Baghdad and Erbil, the KRG capital, as well as international pressure to persuade the KRG to abandon the referendum.

The ministers also welcomed the recent liberation of Nineveh province, which includes Mosul, from ISIL.