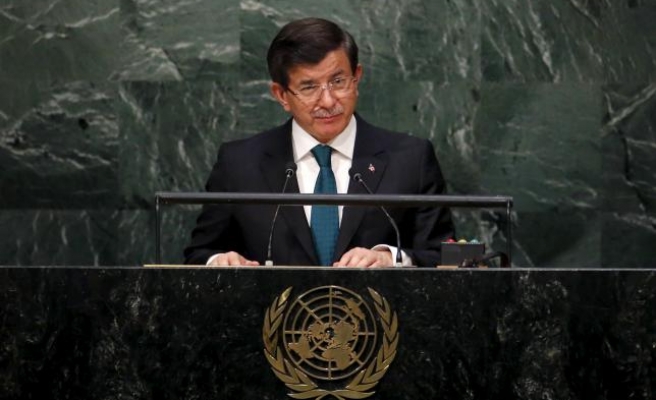 Turkey remains opposed to any political transition in Syria involving President Bashar al-Assad, Turkish Prime Minister Ahmet Davutoglu was quoted as saying on Monday in an apparent clarification of its policy.

Turkey has been Assad's most outspoken critic since Syria descended into bloodshed in 2011, blaming him for violence that has killed hundreds of thousands and displaced millions more, and insisting he had to be removed.

But last week, Turkish President Tayyip Erdogan floated the idea that Assad could be part of a transitional period. He later said his comments did not represent a policy change.

Davutoglu, in New York to attend the United Nations General Assembly, said on Sunday that Turkey would accept whatever political solution Syrians choose, but it could not include Assad, Hurriyet Daily News reported.

"We have the conviction that with al-Assad in charge during the transition period, that transition period would no longer be transitory. We believe that this situation would turn into a permanent status quo. Our conviction on this matter hasn't changed," the newspaper quoted him as saying.

Ankara has long maintained that removing Assad is critical to solving the humanitarian crisis in Syria. Turkey is home to the world's largest refugee population with more than 2 million.

In comments reported by local media that appeared to signal a policy shift, Erdogan said last week: "Either a transition process without al-Assad, or with al-Assad, is possible."

But he also echoed Ankara's long-standing view, saying: "Nobody can foresee Syria's future with al-Assad. It's not possible to accept a person responsible for killing 300,000 to 350,000 people, a dictator."

Speaking on Sunday, UK Prime Minister David Cameron told Sky News that Assad could be part of a transitional government but not Syria's long-term political future.