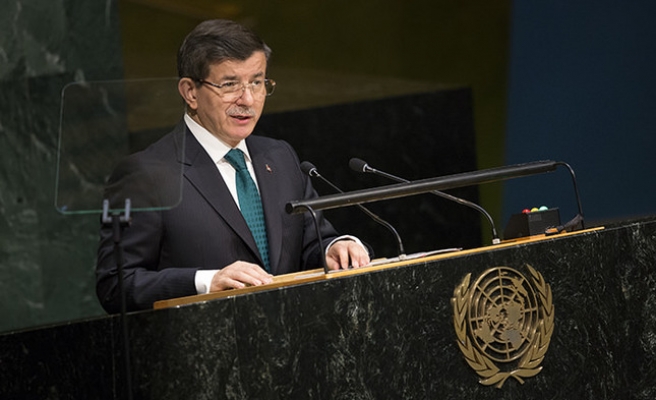 Turkey’s prime minister has said he is “pleased” by the reaction of key world leaders to calls for a safe zone to be established in northern Syria.

Speaking to Turkish reporters in New York on Tuesday, Ahmet Davutoglu cited recent discussions with the leaders of the U.S., the U.K. and France over the creation of a zone inside war-torn Syria to deal with the current refugee crisis.

"I am very pleased to observe that the three leaders see Turkey's demands on a safe zone as more than needed and right during our discussion both with Mr. Hollande, Mr. Obama and Mr. Cameron," Davutoglu said.

The Turkish leader added: "This demand is not related to Turkey's national interests but, rather, to preventing the spread of refugee problem while keeping the refugees in Syria and offering the best services [to them] in Syria, ensuring everyone remains in their homeland in the safe zone."

The premier added what made him happy was the handling of the refugee crisis by every country at UN General Assembly meetings, saying: "It is an important step."

The majority of these are Syrian refugees seeking to flee a civil war that has claimed more than 250,000 lives since 2011 and resulted in one of the largest refugee exoduses since World War II.

The UN refugee agency says of the latest million people to flee Syria, 95 percent of them have gone to Turkey, which presently hosts more refugees than any other country in the world.

Of those in Turkey, more than 2 million are Syrian.