Turkey’s President Abdullah Gul has warned of a new ‘clash within civilization’ which will not be in anyone’s benefit. 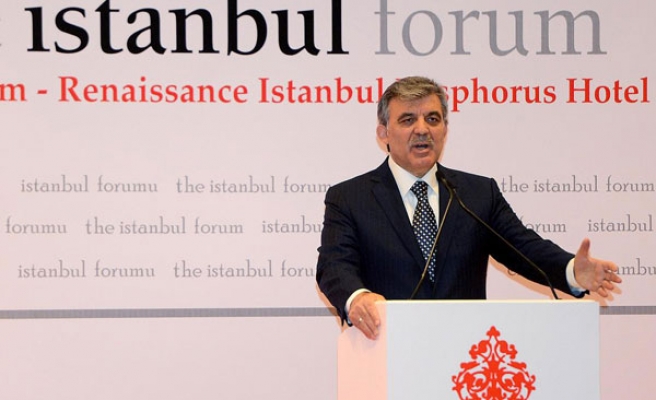 Straying slightly from the term ‘clash of civilizations’, which was coined by the famous American political analyst Paul Huntington, Turkey’s President Abdullah Gul has warned of a new ‘clash within civilization’ taking place in the Middle-East.

Speaking at the 4th STRATIM Istanbul Forum, Abdullah Gul mentioned that various internal and external factors are causing a ‘’clash within civilization’’ in the Middle-East. He said that geopolitical agendas and shifting balances of power is threatening to send the region into something which resembles the dark ages of medieval Europe.

Gul was quoted as saying: ‘’I see two scenarios ahead of us. The first is the typical scenario of internal and external factors entering, each with its own geopolitical interests, trying to shift the balance of power in its favor. Furthermore, in the event of a geopolitical war, a new understanding of identity based on the merging of ethnicity and sect which views ‘the other’ as a hostile force. As I have said before, this will send the Islamic world into something which resembles the dark ages of medieval Europe. There is no country, sect or society who can benefit from such a situation. In other words, rather than a clash between civilizations, we are at risk of falling into the more desperate situation of a clash within civilization. This is a terrible scenario that would be disastrous for everyone.

In perceiving the dimensions of existing threats, the second scenario is rejecting the policy for ethnic and sectarian identity, which is based on geopolitical motives. Everyone knows how policies of this kind in Europe produced the wars and lessons learned from those wars, which successfully lead tı economic integration and development of security infrastructure. The people of the Middle-East need to unite on common values and common interests. If they can do this, they will turn their region into a place of peace and welfare for all.’’