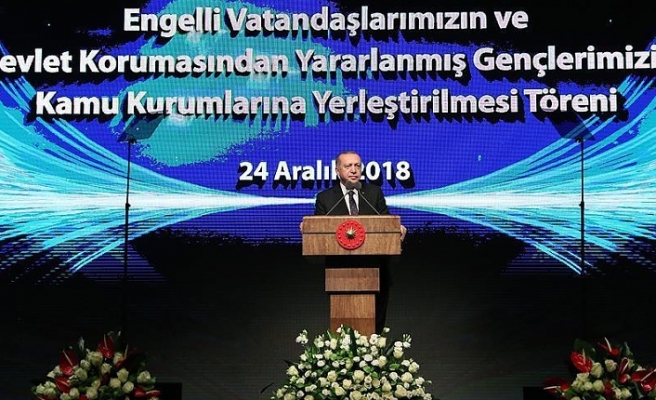 Turkey pursues the freedom of the Arabs and the Kurds with its presence in Syria, President Recep Tayyip Erdogan said on Monday.

"We consider the security and peace of the Arabs in Syria as our own business. We see the problems of the Kurds as our own,” Erdogan told a ceremony at the Presidential Complex in capital Ankara.

Turkey also regards the security and the peace of the Turkmens as its own business, the president said.

He added: “Why have we presence in Syria now? To give the freedom of our Arab and Kurdish brothers there back, not that of terror groups.”

Erdogan went on to say: "In Syria, it is a matter of freedom and its territorial integrity.”

Turkey will not leave Syrian Kurds at the mercy of the terrorist PKK/PYD, as it didn't leave the Arabs to the hands Daesh terror group, he said.