European leaders have said that Turkey cannot "blackmail" Europe but Turkish Prime Minister Ahmet Davutoglu has said that the refugee deal is a humanitarian crisis not a financial one. 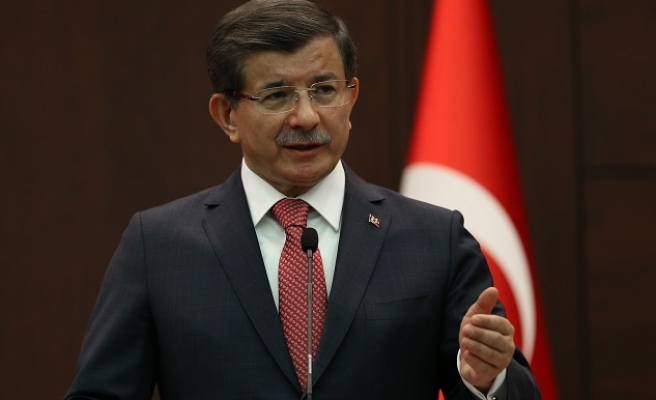 European leaders launch a charm offensive to win backing for a refugee deal with Turkey on Wednesday, seeking to heal rifts between member states on the eve of a key summit with Ankara.

EU president Donald Tusk warned Tuesday that hard work lay ahead to finalise the deal, after Cyprus threatened to derail it over long-standing disagreements with Turkey.

Tusk held talks in Nicosia in an attempt to win Cyprus' backing for the proposal, which has been hailed as a "game-changer" for European countries buckling under the wave of new arrivals.

EU and Turkish leaders last week agreed a tentative plan that would see new refugees landing in Greece sent back to Turkey. For each Syrian refugee returned, the EU would resettle one from a Turkish camp.

Speaking after a meeting with EU Council President Donald Tusk on Tuesday, Ahmet Davutoglu said the deal would also prevent Turkey from becoming a transit country for irregular migration.

He said Turkey wasn't engaged in any kind of bargaining with the EU over the amount of money the country would receive to help improve the conditions of Syrian refugees.

Davutoglu said: "We never saw this issue as a financial issue. This is a humanitarian issue."

But there has been a growing pushback against the deal, with both France and the Czech Republic warning against attempts by Turkey to "blackmail" Europe.

Cyprus has expressed reservations, not least because longtime adversary Turkey expects the accord to further its EU membership bid and ease visa requirements in the passport-free Schengen area.

Top United Nations officials on refugees and human rights have also questioned whether the plan would be legal.

Tusk conceded this was an issue and it was "not an easy task" to make the proposal legally sound and acceptable to all 28 EU members.

"It is clear that there is still hard work to be done," Tusk said after flying to Ankara, adding there was "a catalogue of issues" to address before the talks on Thursday and Friday.

Ahead of the summit, the Cyrian president will meet the head of the European Commission, the EU's executive arm, which will also release a report giving details of the plan.

German Chancellor Angela Merkel, who has championed the proposal, will also lay out her position before the Bundestag.

Paris on Tuesday insisted that Turkey will not be allowed to dictate terms at the meeting.

Prime Minister Manuel Valls said France will tell Turkey it wants "more efficient" cooperation on the refugee crisis, but will warn against any attempt at "blackmail".

Czech President Milos Zeman also lashed out at Ankara on Tuesday, claiming that Ankara was seeking billions of euros more in EU aid.

"Impolite people like myself call that blackmail," he told reporters.

Last year more than 1.2 million people travelled to Europe in search of a better life, in the continent's biggest migration influx since World War II.

Member states on Europe's borders have been struggling to cope with the numbers, and on Tuesday some 1,500 refugees were sent back to Greece after crossing into Macedonia.

The EU agreed a scheme to share out thousands of refugees among member states last year, but so far only a few hundred people have been relocated out of the intended 160,000.

A Cypriot refusal of the refugee-swap deal would effectively block the largest diplomatic push yet to ease the flow of people streaming into the bloc, most of whom enter the EU through Turkey.

The island of Cyprus has been divided since 1974 when Turkish troops invaded its northern sector in response to an Athens-engineered coup attempt.

Turkey does not recognise the Cypriot government and Nicosia has blocked six key chapters of Ankara's negotiations for EU membership since 2009, effectively halting the process.

Cyprus insists Turkey must first meet its longstanding demands for recognition, and to open up trade ties, ports and airports.

European sources say EU officials recognise they took the wrong approach to Cyprus' concerns, which were overlooked in the enthusiasm among member states for a deal.

Anastasiades was involved in a heated confrontation with key European figures, including Merkel, last week in which he came under heavy pressure to back the accord, sources said.