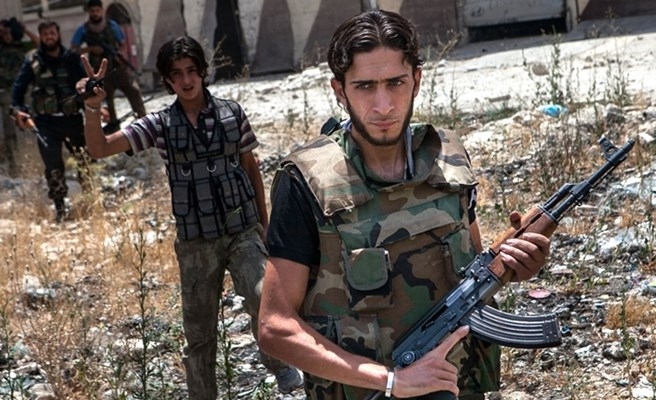 Turkey will keep contributing to the training and equipment of Syrian opposition fighters, in accordance with its agreement with the U.S., the Turkish Foreign Ministry has said.

"Within the scope of the agreement with U.S., the train-and-equip program is being carried out as outlined,” Spokesman Tanju Bilgic said at a press conference Thursday.

He said that after the first group which has already entered Syria, a second group of 100 people were currently receiving training.

A total of 54 Syrian opposition fighters went into the country early in August after completing a training regimen at the beginning of July.

Bilgic added that the ministry expected joint air operations with the U.S. against ISIL to start “soon”. Turkey has opened its airbases to support the anti-ISIL coalition, but has not itself carried out airstrikes against ISIL targets in coordination with coalition aircraft.

The train-and-equip program, jointly organized by the U.S. and coalition partners, is intended to help prepare moderate Syrian opposition fighters in the campaign against ISIL. It is part of an agreement signed by the U.S. and Turkey on Feb. 17 to allow up to 1,000 U.S. troops to participate in the training in Turkey.