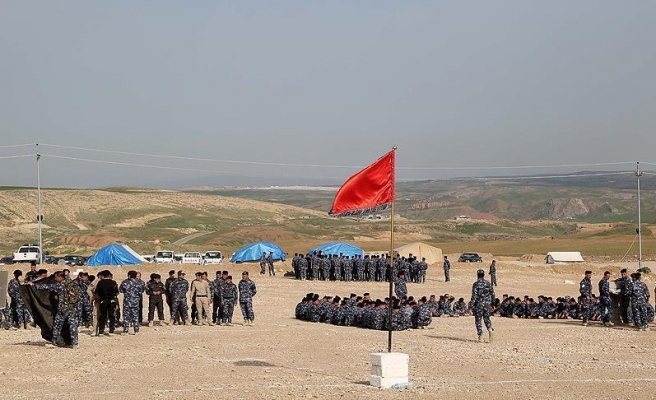 Atheel Nujaifi, who is also the commander of Nineveh Guards, which were trained by Turkey in Bashiqa camp, said some 2,000 Sunni fighters have joined the offensive and they were acting with the Kurdish peshmerga forces.

In televised statements, Iraqi Prime Minister Haider al-Abadi said only Iraqi army and police forces would be in the city.

The Kurdish Regional Government (KRG) also said a simultaneous operation has started against ISIL with the participation KRG peshmerga forces.

Last December, Turkey sent 150 troops and about two dozen combat tanks to Bashiqa, located 12 kilometers (7.5 miles) northeast of Mosul.
Ankara and Baghdad have been locked in a row about the presence of Turkish troops there.

Turkey fears that the participation of Shia militias – which the Iraqi army relied on in the past -- in the Mosul offensive will stoke sectarian tension and trigger an exodus of refugees.

Ankara has insisted that nearly 3,000 Sunni tribal forces trained by Turkish forces at the Bashiqa base on the eastern outskirts of Mosul join the anti-ISIL offensive and remain in the city as a police force. Baghdad is still at odds with that proposal.

In mid-2014, ISIL captured Mosul and overran vast swathes of territory in northern and western Iraq.

Recent months, however, have seen the Iraqi army, backed by a 60-nation air coalition led by the U.S., retake a large portion of that territory.

Nevertheless, the extremist group remains in control of several parts of the country, including Mosul.