Ship carrying 5,300 tons of aid to civilians hit by the intrastate war 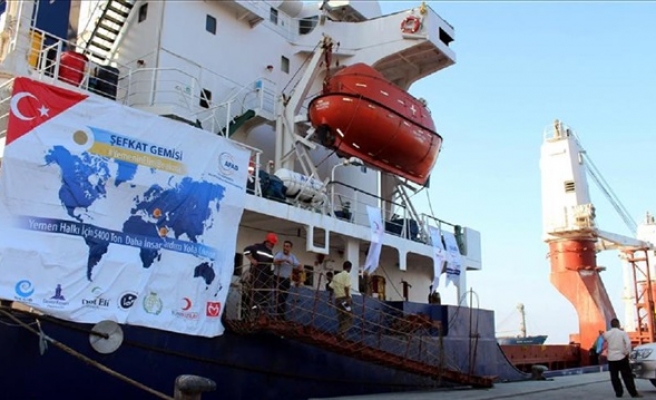 A Turkish ship carrying humanitarian aid arrived in the Yemeni port of Aden on Wednesday, an official said.

Mahmoud Awad Ahmed, a provincial official, told Anadolu Agency the ship was loaded with 5,300 tons of food and medical supplies.

According to a Feb. 14 announcement by the Turkish Foreign Ministry, the ship left Mersin in southern Turkey.

The aid is destined for civilians hit by the 17-month conflict in Yemen that has seen an alliance of Shia Muslim Houthis and forces loyal to former President Ali Abdullah Saleh pitted against President Abd Rabbuh Mansour Hadi's government, backed by Saudi Arabia and other Gulf states.

According to the UN, more than 6,100 people have been killed in Yemen - about half of them civilians - since the Saudi-led coalition began airstrikes in March last year.
Last Mod: 25 Şubat 2016, 12:46
Add Comment