Delegation member Dr. Orhan Alimoglu said Israel should not target the university, being an educational institution 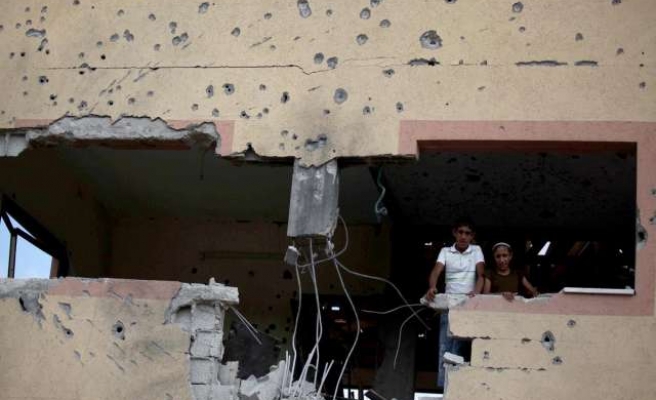 Members of a Turkish medical delegation on Sunday lashed out at Israel for shelling the premises of the Islamic University of Gaza during its recent offensive on the Palestinian territory.

Delegation member Dr. Orhan Alimoglu said Israel should not have targeted the university, being an educational institution.

The members of the delegation, which is affiliated with the Turkish branch of Doctors Worldwide, arrived in the Gaza Strip a few days ago with the aim of assessing the damage done to Gaza's health infrastructure during Israel's latest military operation.

The delegation is also enlisting injured victims who need to receive medical treatment at Turkish hospitals.

Alimoglu said Doctors Worldwide would offer the necessary backing for the Islamic University of Gaza, adding that the organization has a plan to exchange doctors with the university's school of medicine and another program to give Gaza's medical students the chance to practice at Turkish hospitals.

During their tour in the university, the delegation's members got a firsthand account of the damage left behind by the Israeli strike on its premises.

Alimoglu lamented that the Israeli strike had left the premises of the university in bad condition, noting that the blockade imposed on the Gaza Strip since 2007 had already negatively affected cooperation between his organization and the university.

The coastal strip, home to some 1.8 million Palestinians, has reeled under a crippling Israeli blockade since 2007, which has badly affected residents' livelihoods.

Apart from the severe infrastructure damage, the Israeli offensive on the Palestinian territory had left nearly 1980 Palestinians dead and around 10,000 others injured.

About 64 Israeli troops were also killed in Gaza combat, while three civilians were killed by rockets fired from the Gaza Strip, according to Israeli data.