Davutoglu said that Damascus had in effect colluded with the militant rebel groups to fight moderate opposition factions and the crisis was "a threat to all", 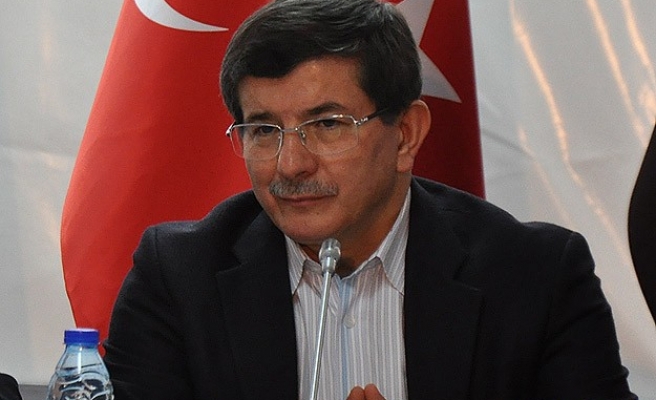 Turkey's foreign minister said Syria's worsening war now posed a danger to all countries because President Bashar al-Assad's government had been allowed to continue its "crimes" while radicals from around the world flooded in to fight him.

Ahmet Davutoglu told Reuters a robust international strategy including "real intelligence cooperation" and withdrawal of all foreign fighters was needed to end the conflict and help millions of Syrians devastated by violence.

The crisis was "a threat to all", he said in an interview, pointing to what he called the totalitarian nature of the Assad government and the presence of al Qaeda-linked armed groups.

He added that Damascus had in effect colluded with the militant rebel groups to fight moderate opposition factions. Syria has not responded to similar charges made in recent weeks and says it is leading international efforts against terrorism.

"Syria is becoming a risk for all European countries as well, because of the presence of these terrorist groups based on the power vacuum and because of the totalitarian and autocratic nature of the regime," he said.

The foreign minister said recent so-called Geneva II negotiations between Syria's government and rebels had failed because Damascus ignored the basic premise of the talks - a U.N.-backed communiqué issued in Geneva in June 2012 - calling for a transitional government based on mutual consent.

"They didn't want to talk (about?)a transitional governing body," Davutoglu said, "they wanted to focus on the threat of terrorism, which in fact was created by them."

This, he said, was a failure of an international community that had not faced up to the gravity of the crisis in Syria and of its leadership's war crimes.

He suggested Russia bore special responsibility by blocking effective action in the U.N. Security Council and by continuing to supply it with heavy weapons, actions that had emboldened Assad.

"Everybody says the only solution is a political solution," he said, "but we have to be sincere and objective. Those who are supporting the regime by arms, heavy arms, they are on the side of a military option," he said.

"We must cooperate, all of us, in order to create a suitable security atmosphere... That means working together to prevent any terrorist presence," he said. All foreign fighters must leave, including Hebzollah and Iran's proxy Shi'ite militia which are fighting alongside Assad's forces.

A post-Assad Syria should have a new national army composed of moderate elements of the opposition and the Free Syrian Army, Davutoglu said, stressing Syria's sectarian and ethnic mix - Sunnis, Alawites, Christians, Kurds - must be represented.

Unlike other uprisings that toppled leaders in Tunisia, Egypt, Libya and Yemen, the revolt in Syria had struggled to remove Assad because of the country's complex religious mix and Assad's strategic alliances with Iran and Russia, he said.

Davutoglu said Assad had managed to survive because he had not been told by world powers where to stop.

"Some people claim Bashar is successful, because he continued to stay in power... This is not a success, because he has all the power, he has an army, he has airports, he has SCUD missiles, he has chemical weapons and he used everything."

Asked if Turkey, along with other members of the international community, had underestimated Assad's staying power in the early stages in the conflict, Davutoglu said Turkey had worked hard to negotiate with Assad for 10 months in 2011 precisely because it had feared a protracted crisis.

"If we thought that Bashar al-Assad would fall soon, we wouldn't have worked so hard, we were scared of this scenario and wanted to prevent it," he said, adding the powerlessness of the international community had been a greater surprise.

"I wouldn't have imagined that the U.N. Security Council would be dysfunctional for three years despite all these crimes against humanity. That I didn't expect. But the rest, the methods, what the Assad regime did, was foreseeable?," he said.

Russia has shielded Assad from Western and Arab pressure since the conflict began in March 2011, using its veto power to block U.N. Security Council resolutions and insisting that his exit from power cannot be a precondition for peace talks.

Moscow helped Syrian government negotiators resist discussion of a transitional governing body for Syria at the Geneva talks earlier this month by suggesting it endorsed their demands that tackling "terrorism" top the agenda.

The Syrian government's efforts to make that a priority were "completely justified" because Syria "is increasingly becoming a magnet for jihadists and Islamic radicals of all stripes," the Russian Foreign Ministry said on Monday.

Moscow has accused sponsors of the rebels of pushing for "regime change".

The fighting has killed more than 140,000 people - more than 7,000 of them children - according to the Britain-based, pro-opposition Syrian Observatory for Human Rights, and is destabilising the country's neighbours.

Davutoglu said the Assad government and al Qaeda-affiliated groups had been collaborating over the past seven months, the authorities pounding moderate rebel Free Syrian Army posts by air while these groups attacked them on the ground.

He called for international cooperation to stop the flow of foreign fighters into Syria and denied suggestions that Turkey, which is hosting more than 700,000 Syrian refugees, was letting foreign fighters cross its porous border into Syria.

"Turkey has been working very hard to welcome Syrian refugees, but at the same time was taking all measures to prevent the presence of terrorist groups, but for this there is a need of joint effort," he said. He had raised the issue repeatedly with U.S., European, Russian and other counterparts.

"We told them, if you know who are radicals who want to come to Turkey to go to Syria, stop them coming to Turkey," he said, calling for "real intelligence cooperation".

"If they are being allowed by their countries of origin to come, how can we prevent them from coming inside Turkey, this will not be legal. Last year we received 36 million tourists...We cannot stop tourism in Turkey."