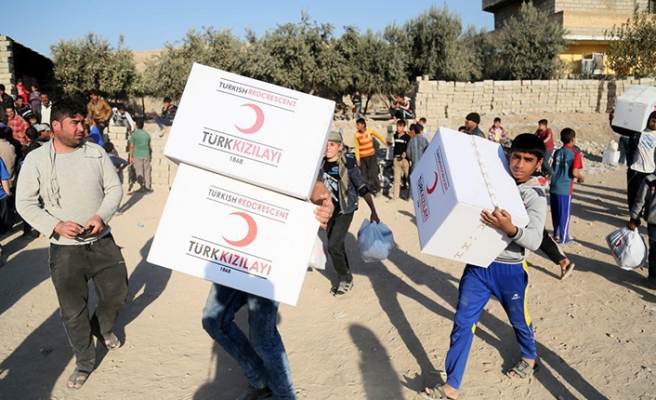 The Turkish Red Crescent on Sunday inaugurated a pre-school and a tailoring shop in northern Syria.

Kerem Kinik, head of the agency, attended the inauguration in Khan Sheikhoun district of Idlib province which was the target of a chemical attack by the Bashar al-Assad regime last year.

The pre-school will teach 55 children including those who had been orphaned.

The tailoring shop will employ some 20 women.

Speaking to reporters, Kinik said the Turkish Red Crescent has sent 42,000-trucks of humanitarian aid to Syria since the start of the civil war in 2011.