Deployments set to continue along border of Idlib, Afrin under rules of engagement agreed to by guarantor countries 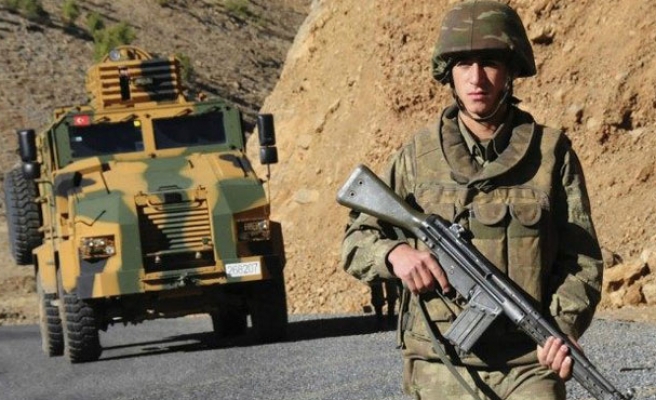 The Turkish military continues to dispatch troops to Syria’s Idlib province to establish observation posts to monitor the cease-fire as part of the Astana Peace process.

During the recent peace talks in the Kazakh capital Astana, the three guarantor countries, Turkey, Iran and Russia, agreed to establish de-escalation zones in Idlib and in parts of the Aleppo, Latakia and Hama provinces.

A military convoy arrived late Friday to a new observation area in the western rural side of Haleppo, which lies within the Idlib de-escalation zone.

The convoy was deployed to an observation point after it proceeded along the Idlib-Afrin zone.

The Turkish Armed Force elements are also being deployed in Afrin, a Haleppo district near Turkey-Syria border, which is under siege by the PKK/PYD terrorist organization.

The dispatches will continue along the border of Idlib-Afrin under the rules of engagement agreed to in May among the guarantor countries.

On Oct. 12, the Turkish military started to cross into the region to establish observation points to monitor the cease-fire regime in the Idlib de-escalation zone.

Idlib, which is located in northwestern Syria on the Turkish border, faced intense attacks by the Assad regime after a vicious civil war broke out in 2011.

Since, March 2015, Idlib was no longer under the control of the Assad regime and was dominated by military opposition groups and anti-regime armed organizations.