A car bomb exploded outside the Rafidain state-run bank in the centre of Tikrit, a suicide bomber blew himself up as emergency workers arrived on the scene, police said. 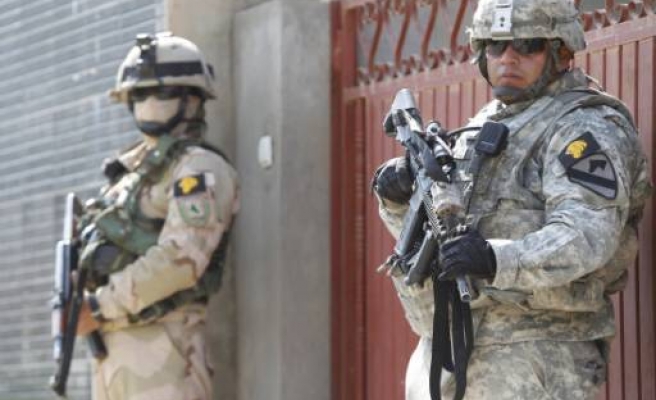 Two suicide bombers killed at least 15 people and wounded more than 30 in Iraq's Tikrit city as police and soldiers were collecting their salaries at a local bank, police and hospital officials said on Thursday.

The attacks were the latest to target local Iraqi security forces as the last U.S. troops prepare to pull out of the country more than eight years after the invasion that toppled Saddam Hussein.

One suicide bomber detonated his explosives among officers who were gathered outside the Rafidain bank in the centre of Tikrit, 150 km (95 miles) north of Baghdad, and moments later another blew up a car when emergency workers arrived, police said.

"Just a few minutes after I entered I heard a huge explosion, we ran outside to see what was happening, I saw bodies and the wounded all over the place," said Assam Dhiyab, a policeman who was collecting his unit's wages in the bank.

A Tikrit hospital official said at least 15 people were killed and more than 30 wounded in the blasts. Most of the casualties were Iraqi soldiers.

Television video showed a column of black smoke rising from the blast site.

"Initial indications are that the first explosion was a suicide bomber wearing an explosive vest with a large amount of explosive," said police lieutenant Mohammed Naif, an explosives expert in Tikrit.

"According to witnesses the bomber was targeting a group of soldiers and officers of the Iraqi army."

Tikrit was the site of two of the deadliest attacks in Iraq this year. On Jan. 18 a suicide bomber attacked a police recruiting centre, killing 60 and wounding more than 100.