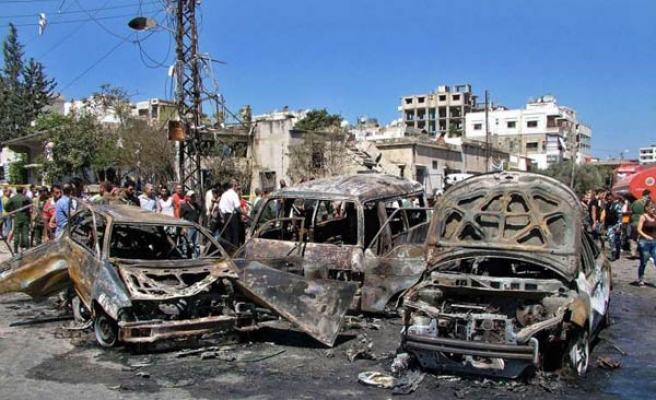 The toll from twin car bombs that rocked the outskirts of the Syrian city of Sweida on Friday has risen to 26 people, including a prominent Druze cleric, a monitor said.

"The death toll from the car bomb attacks outside Sweida has risen to 26 people. Another 50 people are wounded," said Rami Abdel Rahman, head of the Syrian Observatory for Human Rights.

Among those killed was prominent Druze leader Sheikh Wahid al-Balous, who spoke out often against both the Syrian regime and opposition forces.

The explosion on the outskirts of the town of Sweida killed Sheikh Wahid al-Balous, who opposed both the Syrian government and insurgents fighting against it, the British-based Syrian Observatory for Human Rights said.

A separate blast that occurred around the same time in Sweida killed and wounded dozens of people, the Observatory said.

Syrian state television confirmed the two blasts and said eight people had been killed, blaming the explosions on insurgents.

The state media did not mention the Druze leader.

There was no immediate claim of responsibility for the blasts.

After the attack, dozens of people protested outside government buildings in the Sweida area, setting cars alight and destroying a statue in the town of former President Hafez al-Assad, father of President Bashar al-Assad, the Observatory said.