At least 18 people have been killed and more than 100 wounded in nearly a week of clashes in Tripoli. 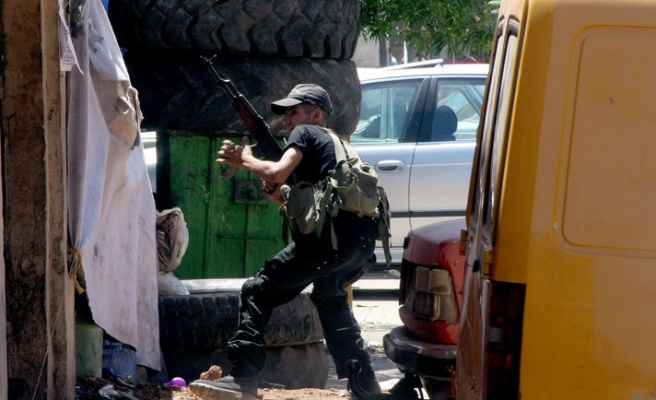 Two people were killed on Sunday in Lebanon's northern city of Tripoli, a security source said, where sporadic fighting between Sunni Muslims and Alawites over six days has mirrored sectarian faultlines in the raging conflict in neighbouring Syria.

Sunnis in Syria have been the driving force of a 17-month uprising against President Bashar al-Assad, whose minority Alawite sect has dominated the country's political and military elite for more than four decades.

At least 18 people have been killed and more than 100 wounded in nearly a week of clashes in Tripoli.

Lebanon's army deployed tanks and troops to clamp down on violence on Thursday, but fighting flared up again, residents said. They said the army raided parts of the city on Sunday and arrested several gunmen.

The fighting is the latest in a series of clashes that have hit the port city since the revolt in Syria began in 2011.

Violence has been concentrated in an area where Alawite districts abut Sunni neighbourhoods, and have generally not spread across the city or through the rest of the country.

But tensions remain high in Lebanon, particularly its northern region that is home to both sects.