Two people were killed and more than 60 wounded in clashes between Sunni Muslims and Alawites in Lebanon's northern city of Tripoli. 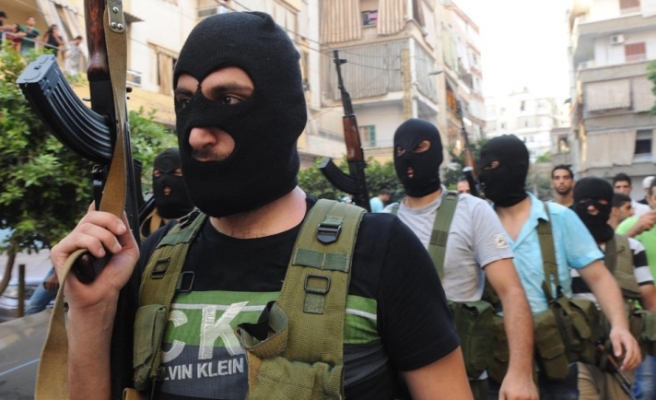 Two people were killed and more than 60 wounded in clashes between Sunni Muslims and Alawites in Lebanon's northern city of Tripoli in another spillover from the war in neighbouring Syria, security and medical sources said on Tuesday.

Gunmen in the Sunni district of Bab al-Tabbaneh and their Alawite rivals in Jebel Mohsen exchanged gun and grenade fire in sporadic fighting overnight and into the day, despite action by Lebanese army troops deployed in the port city, residents said.

One of the dead men was identified by residents as Ahmed al-Farfour from Jebel Mohsen, a hill inhabited mainly by Alawites and which overlooks the predominantly Sunni area below. The other man was from the Hejjar family in Bab al-Tabbaneh.

An army statement said soldiers raided buildings used by gunmen and "retaliated swiftly against sources of gunfire". It said five soldiers were wounded on Monday evening and another five, including an officer, were hurt on Tuesday by a hand grenade lobbed at an army base.

Aside from the army casualties, about 35 civilians or fighters were wounded in Bab al-Tabbaneh and 15 in Jebel Mohsen, residents and medics said.

Chronic Sunni-Alawite tensions in Tripoli have been heightened by the 17-month-old, mainly Sunni, uprising in Syria against President Bashar al-Assad, an Alawite. Clashes in the city killed 15 people in early June.