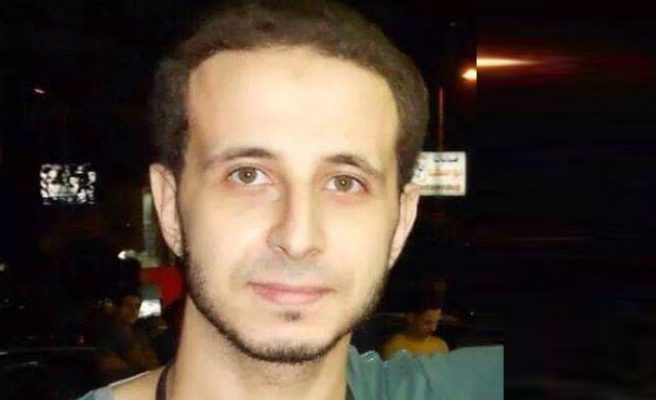 Two Egyptian policemen accused of killing a lawyer in custody were detained on Thursday on the orders of an Egyptian prosecutor, judicial sources said, a rare action against members of the security forces.

The officers, a lieutenant colonel and a major, will be held for four days pending investigations in to the death of Karim Hamdy on Tuesday, sources at the prosecutor's office said, and could be charged with murder.

Hamdy, 27, died from torture two days after his arrest and the initial forensic report showed he had sustained fractures in the ribs, bruises and bleeding in the chest and head, they said.

Dozens of lawyers staged a protest outside a Cairo court to protest about Hamdy's death. They carried pictures of him and chanted "the Interior Ministry are thugs".

Hamdy was arrested at his home on charges of taking part in anti-government protests organised by the Muslim Brotherhood, the movement that the army removed from power in mid-2013.

Egyptian police, notorious for human rights abuses during the rule of autocrat Hosni Mubarak, melted away during an uprising which toppled him in 2011.

Since then, the police have made a strong comeback, with rights groups once again accusing them of abuses.

The Muslim Brotherhood has faced one of the toughest crackdowns in its history, with hundreds of supporters killed during street protests and thousands arrested.

Egyptian authorities say the Brotherhood is a terrorist group linked to Islamist militants in Sinai who have killed hundreds of soldiers and police since president Mohamed Mursi of the Brotherhood was ousted in 2013 after mass protests.

The Egyptian state also holds the Brotherhood responsible for bomb attacks including one that security sources said killed one person and wounded 11 others in Cairo on Thursday.

The movement, whose top leaders are in prison, says it is committed to peaceful activism designed to reverse what it says was a military coup that deposed Mursi.

Last month, the Sinai-based Egyptian affiliate of ISIL claimed responsibility for coordinated attacks that killed at least 30 security personnel in the peninsula, the worst bloodshed in Egypt for months.