Israel returned fire. There was no immediate claim of responsibility or any report of casualties. 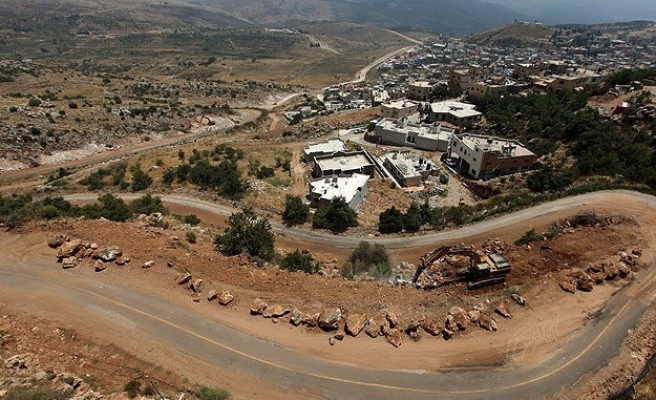 An Israeli military spokesman said the army "responded with artillery towards the positions that launched the attack" and that it ordered the evacuation of Israel's Mt. Hermon ski resort on the Golan Heights after the rockets struck.

There was no immediate claim of responsibility or any report of casualties.

"It does not seem that it was errant fire," Lieutenant-Colonel Peter Lerner, an Israeli army spokesman, told Reuters.

In the Israeli air strike on a Hezbollah convoy near the Golan Heights on Jan 18, an Iranian Revolutionary Guard general, Mohammed Allahdadi, was killed along with a Hezbollah commander and the son of the group's late military leader, Imad Moughniyeh.

Both Hezbollah, which is backed by Iran and fought a 34-day war with Israel in 2006, and the Revolutionary Guards vowed to avenge the deaths.

Since the air strike, troops and civilians in northern Israel and the Golan Heights have been on heightened alert and Israel has deployed an Iron Dome rocket interceptor unit near the Syrian border.

Israel has said some of those incidents deliberately targeted its soldiers while others were spillover from fighting between rebels and forces loyal to Syrian President Bashar al-Assad.